Samsung Galaxy M30 and Galaxy M20 will both be available via Amazon India as well as the Samsung Online Shop. 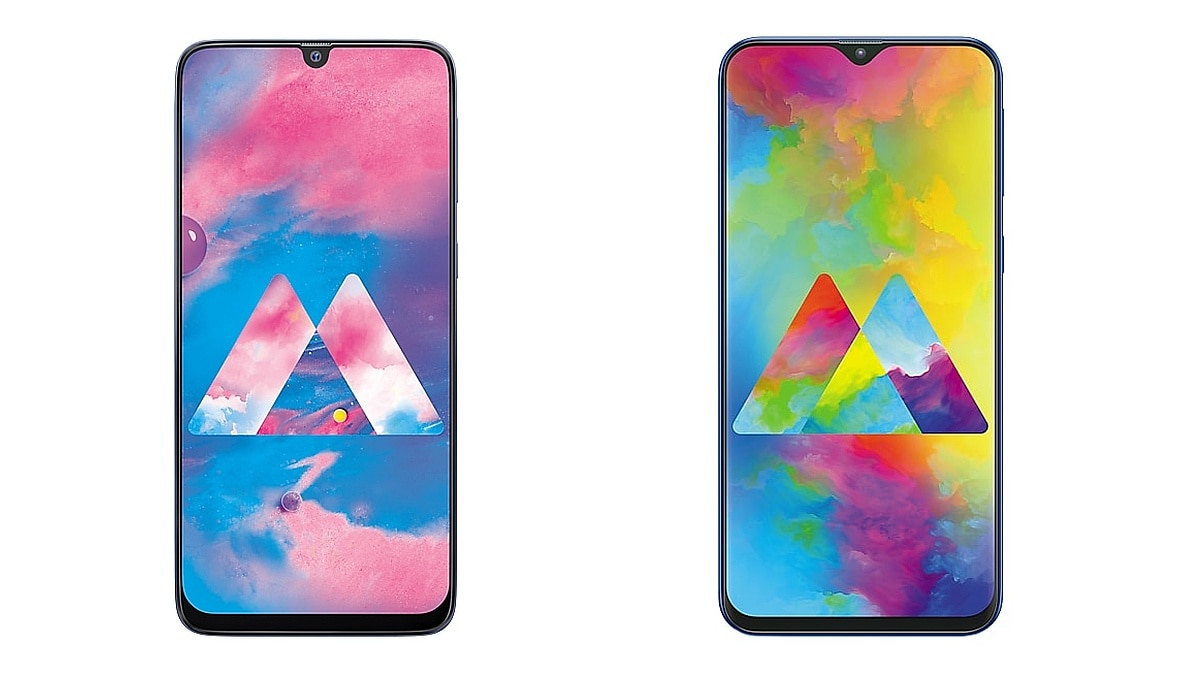 The Samsung Galaxy M30 price in India starts Rs. 14,990 for the base 4GB RAM/ 64GB inbuilt storage variant, going up to Rs. 17,990 for the 6GB RAM/ 128GB inbuilt storage variant. It is available in Gradation Black and Gradation Blue colour options. The smartphone will go on sale via Amazon India and Samsung Online Shop at 12pm (noon) IST on Tuesday, May 14. It was launched in India back in February.

The dual-SIM (Nano) Samsung Galaxy M30 (Review) runs Samsung Experience v9.5 based on Android 8.1 Oreo. It sports a 6.4-inch full-HD+ Super AMOLED Infinity-U Display with a waterdrop-shaped notch and a 19.5:9 aspect ratio. Under the hood, the Samsung Galaxy M30 is powered by the octa-core Exynos 7904 processor paired with up to 6GB of LPDDR4x RAM.

In the imaging department, the Samsung Galaxy M30 packs a triple rear camera setup that comprises of a 13-megapixel primary RGB sensor with f/1.9 aperture, a 5-megapixel depth sensor with an f/2.2 aperture, and a 5-megapixel ultra wide angle lens with a 123-degree Field-of-View (FOV) and an f/2.2 aperture. On the front is a 16-megapixel sensor that has support for selfie focus. The Galaxy M30 packs up to 128GB of inbuilt storage that can further be expanded via a microSD card (up to 512GB).

The latest Galaxy M-series smartphone comes equipped with a 5,000mAh battery and also has support for fast charging facilitated by the bundled 15W charger. Samsung claims that the Galaxy M30 will easily last a full day and can be topped up at thrice the speed compared to a 5W charger via the USB Type-C port. It bears a rear fingerprint scanner, and a Face Unlock feature. Additionally, the Samsung Galaxy M30 comes with Widevine L1 certification, which means users can stream HD content from services such as Netflix and Amazon Prime videos.

For images and videos, there is a dual rear camera setup along with a 13-megapixel primary sensor -- sporting an f/1.9 aperture and a 5-megapixel ultra-wide sensor. An 8-megapixel sensor along with an f/2.0 aperture is available at the front.

The Galaxy M20 has 32GB and 64GB of onboard storage options, both of which are expandable via microSD card (up to 512GB). There is a fingerprint sensor at the back, and the phone also comes with a face unlock feature. Besides, the smartphone packs a 5,000mAh battery that supports fast charging via USB Type-C.

OnePlus 7, OnePlus 7 Pro Launch Event: How To Watch Live Stream, Expected Price, Specifications
Game of Thrones Season 8 Has Erased the Good Work of the Past and That’s a Shame