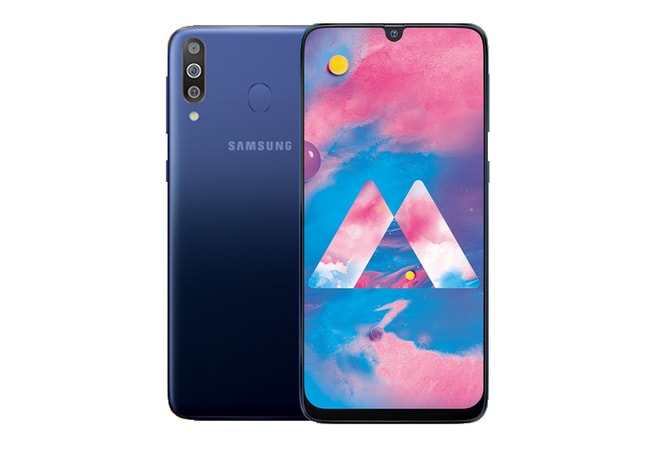 Samsung Galaxy M30 is all set to be launched in India today, with Samsung having announced a 6pm launch time. The third phone in the India-first Samsung Galaxy M Series, the Galaxy M30 follows the Galaxy M20 and Galaxy M10. The South Korean company has revealed that the Galaxy M30 will sport a 6.38-inch Super AMOLED Infinity-U Display, a triple rear camera setup with an ultra-wide angle lens, and that it will boast of a 5,000mAh battery that will come with a 15W fast charger. The smartphone is expected to run on Android 9 Pie with the company's Samsung Experience user interface. Read on to know more about the Samsung Galaxy M30's expected price and specifications.

The Samsung Galaxy M30's triple rear camera setup is said to have a 13-megapixel primary sensor along with an f/1.9 lens, a 5-megapixel secondary with an ultra-wide f/2.2 lens, and a 5-megapixel tertiary sensor with a f/2.2 lens.

The Galaxy M30 is said to have a 16-megapixel front camera with an f/2.0 lens. Both Black and Blue colour options have been tipped, with Samsung already confirming the Blue variant.