The Samsung phone is, however, not likely to have a 25W-supported charger in the box. 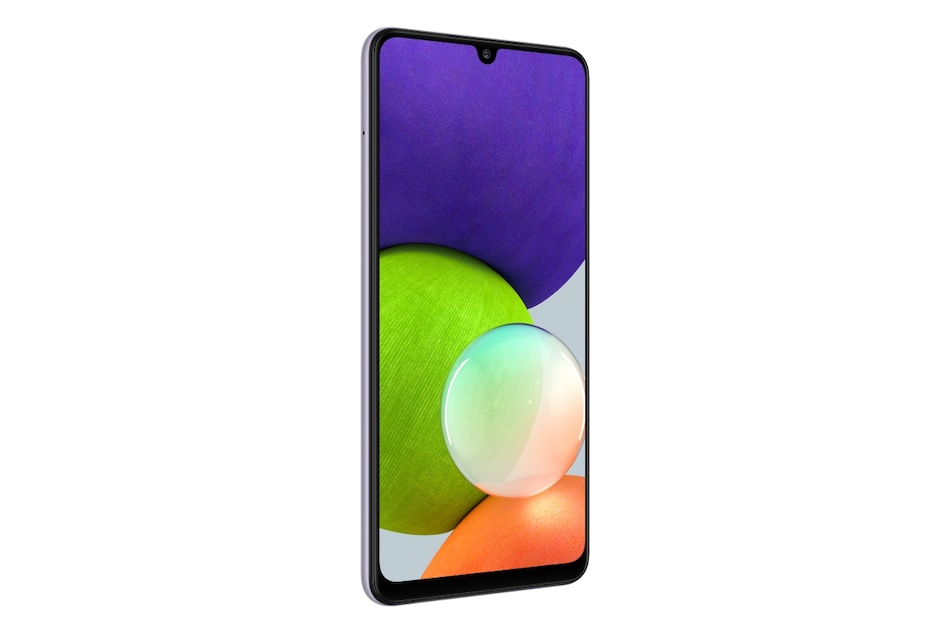 Samsung Galaxy M22 may share many similarities with Galaxy A22 (above)

Samsung Galaxy M22 will come with 25W fast charging support, a listing on the US Federal Communications Commission (FCC) site has suggested. The unannounced Samsung phone has apparently received the FCC certification with the model number SM-M225FV/DS. Although there aren't many new details to gather from the US FCC listing, the development suggests the Samsung Galaxy M22 could be Samsung's most affordable phone with 25W charging support. The South Korean company is rumoured to launch the Galaxy M22 with a 6,000mAh battery.

It is, however, important to note that while the Samsung Galaxy M22 appears to have 25W charging support on the hardware side, it is not likely to deliver a faster charging experience out-of-the-box, as the phone is likely to come bundled with a 15W charger (EP-TA200). This could be a cost-saving move by the company.

The US FCC certification site also indicates that the Samsung Galaxy M22 would come with Bluetooth v5.0 (Bluetooth LE), NFC, and Wi-Fi 802.11ac connectivity. The phone also appears to have dual-SIM support along with 4G LTE.

If we look at the rumour mill, the Samsung Galaxy M22 could share similarities with the Galaxy A22 that debuted earlier this month alongside the Galaxy A22 5G. However, the upcoming M-series phone is said to have a larger 6,000mAh battery over the 5,000mAh one available on the Galaxy A22.

Other specifications of the Samsung Galaxy M22 may include a 6.4-inch AMOLED display, MediaTek Helio G80 SoC, and a 48-megapixel primary rear camera sensor. The smartphone could also run on Android 11 with the latest One UI on top.

The listing on the US FCC site shows that the Samsung Galaxy M22 received the certification from the regulator just Monday, June 21. It is, thus, safe to assume that Samsung may take some more time to make its new smartphone official.