Samsung Galaxy M21 features a 48-megapixel main camera at the back. 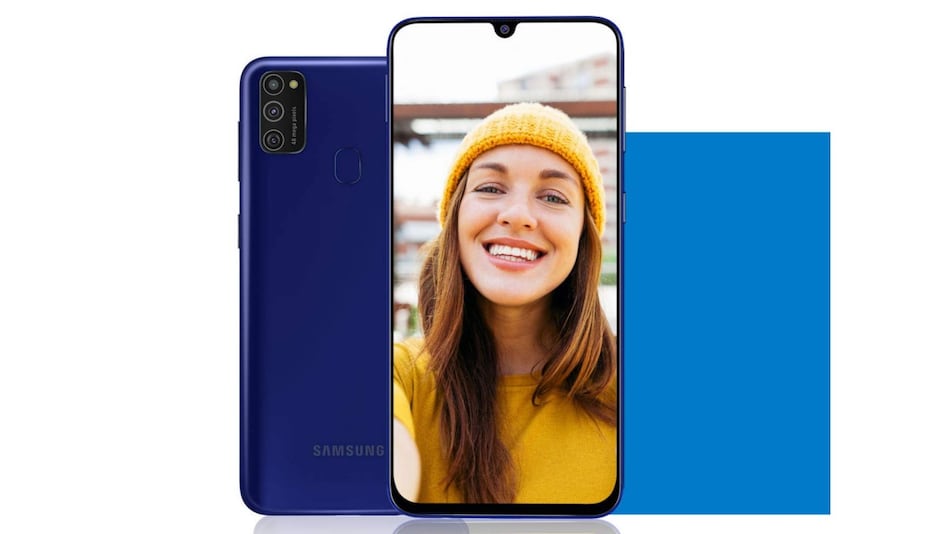 Samsung was recently rumoured to be working on a Galaxy M20 refresh that was tipped to debut as the Galaxy M20s. Well, it appears that those plans have been nixed, as the company has now announced that a Galaxy M20 successor – called the Galaxy M21 – will launch in India on March 16. Aside from giving us a glimpse of the phone's design, Samsung has also revealed some of the Galaxy M21's key specifications, such as the presence of a huge 6,000mAh battery, triple rear cameras, and a Super AMOLED display among others.

The Samsung Galaxy M21 microsite has already gone live on the official Samsung India website and Amazon, indicating that the latter will be one of the platforms where the phone will be up for grabs. Starting with the design, the Galaxy M21 takes inspirations from the Galaxy M31, down to the deep blue colour scheme, the notch, and the shape of the fingerprint sensor. The promotional images clearly show a vertically stacked triple rear camera setup, one of which is a 48-megapixel main camera. There is no information on the other two cameras, but one of them is most likely a wide-angle shooter while the other one might be depth sensor.

Samsung has also revealed that the Galaxy M21 will feature a Super AMOLED display, following what appears to be the Infinity-U design language. The waterdrop notch houses a 20-megapixel selfie camera. Notably, the microsite on Amazon and Samsung India's official website also mentions the presence of a huge 6,000mAh battery packed inside the phone. It will reportedly be powered by the octa-core Exynos 9611 SoC, paired with up to 6GB of RAM and 128GB storage. Galaxy M21 is said to run Android 10 out-of-the-box with One UI 2.0 on top, while colour options on the table will be blue, black, and violet.