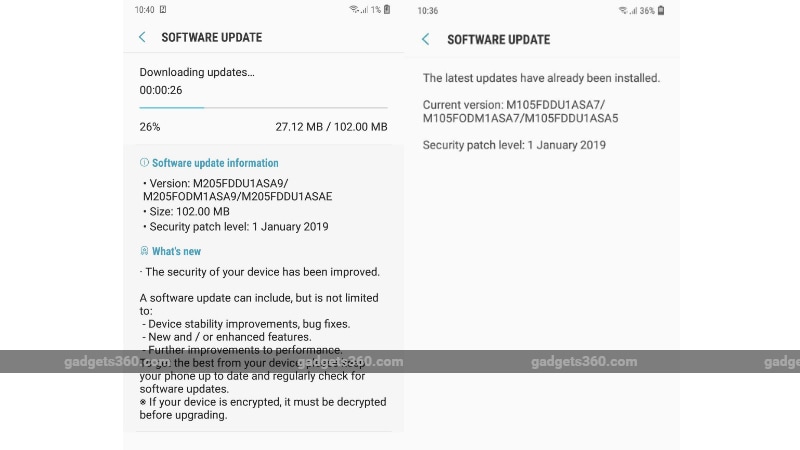 SamMobile was the first to spot these updates, and claims that these are minor updates with under-the-hood improvements. We were able to spot the updates on our review units as well. It includes the January security patch as well, but this was already available in the previous firmware. This update should be installed on consumer-bought phones out-of-the-box, the report claims. The update size is 102MB for the Samsung Galaxy M20 and 64.74MB for the Samsung Galaxy M10.