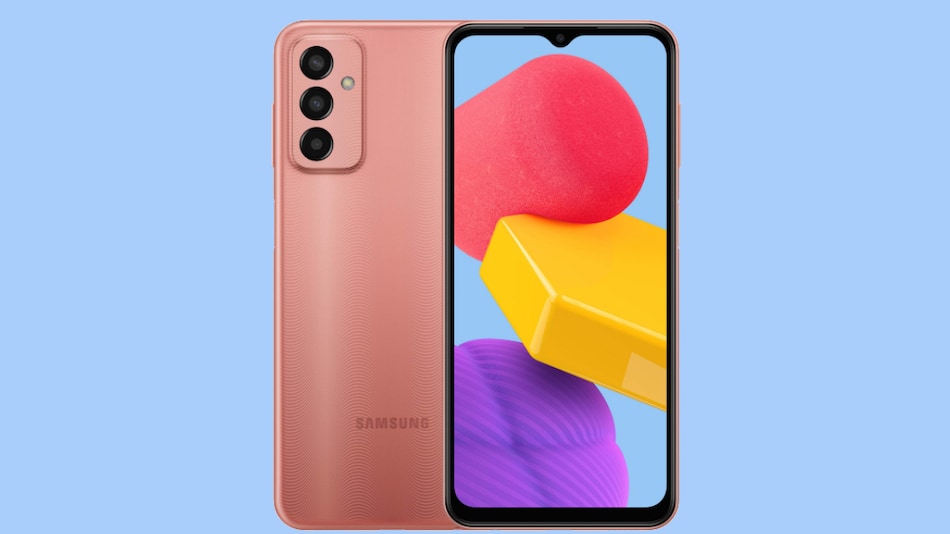 Samsung Galaxy M13 5G is reportedly inching towards its launch. In a new update, the renders of the yet to be announced Galaxy M-series phone have surfaced online, indicating the possible design. The purported renders show the handset in three different colour options with a waterdrop-style notch display at the front to house the selfie shooter. The leaked renders of the Samsung Galaxy M13 5G suggest a triple rear camera setup on the back, along with an LED flash. The images show a design identical to the Samsung Galaxy M23 that was unveiled recently in select markets.

Known tipster Evan Blass (@evleaks) has leaked the alleged renders of Samsung Galaxy M13 5G via Twitter. The renders show the handset in three different colours. They suggest a waterdrop-style notch display on the upcoming smartphone. Furthermore, the renders of the Samsung handset show a triple rear camera unit arranged in the upper left corner of the handset. The rectangular camera module also houses an LED flash. The power button and the volume rockers are seen on the left spine of the smartphone. As mentioned earlier, the renders tip a similar design to the Samsung Galaxy M23.

Specifications of Galaxy M13 5G had leaked multiple times in the past. The smartphone was recently spotted on the Federal Communications Commission's (FCC) certification database with the model number SM-M135M.

Previous leaks suggest that Galaxy M13 5G could run on Android 11 with Samsung's One UI skin out of the box. It is tipped to come with a 6.5-inch full-HD+ touchscreen display. The smartphone may pack 5,000mAh battery with support for 15W fast charging. It is expected to include 6GB of RAM and 128GB of internal storage.

However, Samsung is yet to confirm any details about the Galaxy M13 5G smartphone, which means that the reported details should be taken with a pinch of salt.