Samsung Galaxy M12 price in India could be somewhere around Rs. 12,000. 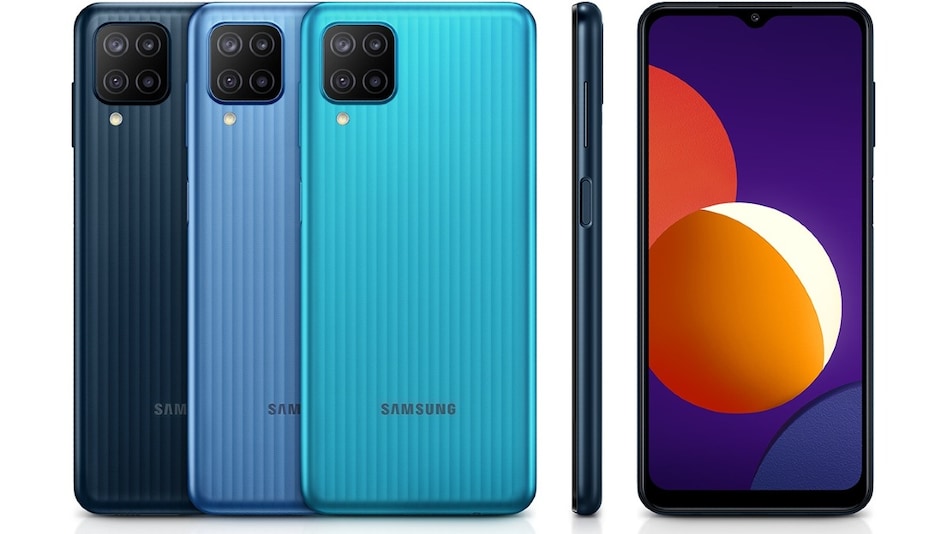 Samsung Galaxy M12 was listed in Vietnam earlier this month

News agency Indo-Asian News Service (IANS) has reported that Samsung is planning to expand its Galaxy M series in the country with the launch of the Samsung Galaxy M12 in March. Tipster Mukul Sharma has also corroborated the report with a tweet posted on Friday. The developments hint at an imminent India launch of the new smartphone.

Samsung Galaxy M12 price in India will be set around Rs. 12,000, IANS reported. Sharma, however, said that the new Samsung phone will be available under Rs. 12,000 price.

Gadgets 360 has reached out to Samsung India for clarity on the launch and will update this story when the company responds.

As per that listing, the Samsung Galaxy M12 runs on One UI Core based on Android and features a 6.5-inch HD+ (720x1,600 pixels) TFT Infinity-V Display with a 20:9 aspect ratio and a 90Hz refresh rate. The phone is powered by an octa-core SoC, which is rumoured to be the Exynos 850. It includes 3GB, 4GB, and 6GB RAM options.

In terms of optics, the Samsung Galaxy M12 has a quad rear camera setup with a 48-megapixel primary sensor, a 5-megapixel secondary sensor with an ultra-wide-angle lens, a 2-megapixel macro shooter, and a 2-megapixel depth sensor. The phone also carries an 8-megapixel selfie camera.

The Samsung Galaxy M12 comes in 32GB, 64GB, and 128GB storage options. It also has microSD card support for storage expansion. Further, the handset has a USB Type-C port and a 3.5mm headphone jack, as well as a side-mounted fingerprint sensor. It packs a 6,000mAh battery and comes with 9.7mm of thickness.