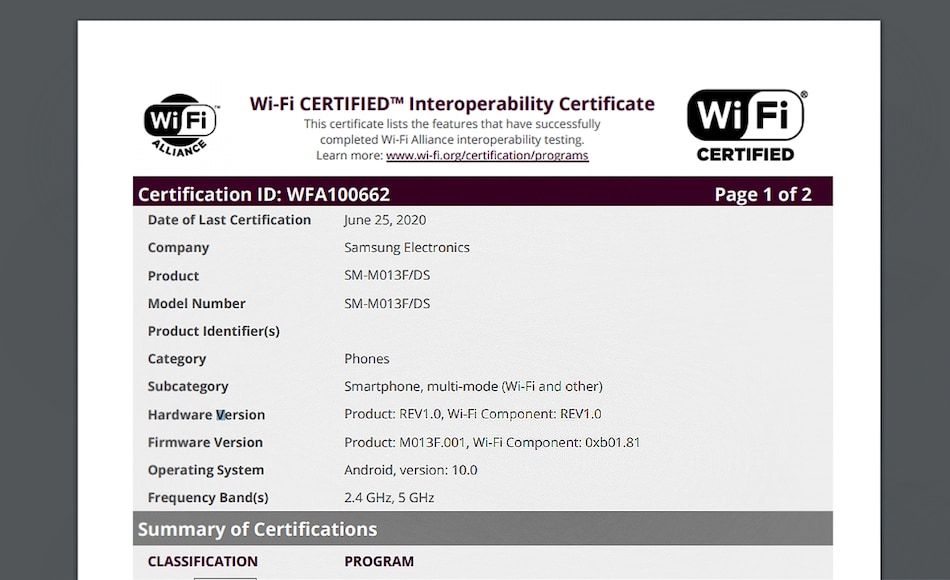 Samsung Galaxy M01 Core is rumoured to be an upcoming budget phone from the South Korea tech giant. The phone has allegedly been spotted on Wi-Fi Alliance certification site, hinting at a possible launch in the future. The vanilla Samsung Galaxy M01 was launched in India earlier this month, and judging by the recent certification, the company could be working on bringing a stripped down version to the market as well. The Samsung Galaxy M01 comes with an Infinity-V display, a Snapdragon 439 SoC and a dual camera setup at the back.

Samsung is reported to be working on a Samsung Galaxy M01s variant as well, and this model has been spotted on various certification sites with the model number SM-M017F/DS.

The Wi-Fi Alliance listing suggests that the rumoured Samsung Galaxy M01 Core will run on Android 10. It will also come with support for dual-band Wi-Fi (2.4GHz and 5GHz) and Wi-Fi Direct. Apart from this, there is little else that is known about the phone.