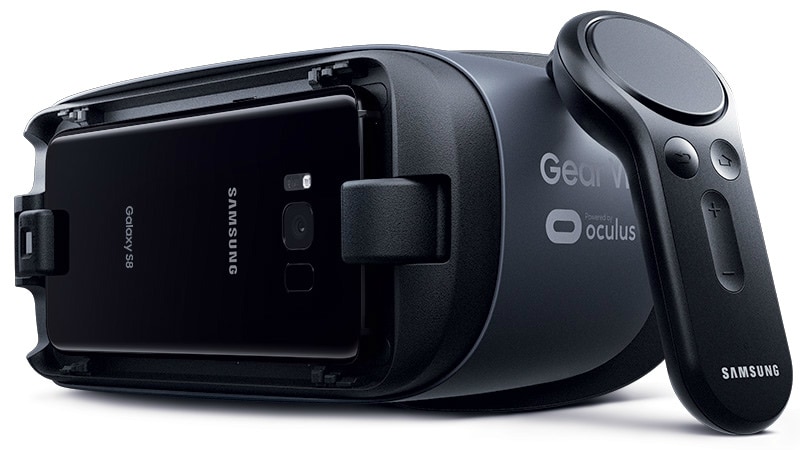 Alongside the Samsung Galaxy S8 and Galaxy S8+ launch, the tech giant also gave out more details on the Gear VR headset and its new Touch Controller. First launched at MWC, the new controller is aimed at providing users with convenience while interacting with the user interface in VR apps and games with the help of the headset. The controller is priced at $39 (roughly Rs. 2,500) on its own, and $129 (roughly Rs. 8,300) when paired with the Gear VR, and will be made available from April 21 in the US.

The curved design of the newly introduced Gear VR controller offers users with convenient one-hand control and provides better motion interaction with minimised head movement. There’s Home, Back, and Volume buttons in the front, and a clickable trackpad as well. At the back, there is a trigger button, and on board sensors include an accelerometer, gyroscope, and magnetic sensor. The touchpad on the motion controller provides quicker selection and interaction within VR apps. The controller is powered by two AAA batteries that claims to last up to 40 days with two hours of daily use. Oculus has also announced that 70 new titles with controller support are coming soon.

Separately, Oculus has also made some changes to the Gear VR Home Screen and it now comes with a new avatar system that lets you have one avatar across games. Oculus further claims that the Home Screen loads three times faster, sports twice the resolution, and uses 30 percent less battery than the predecessor.

The company has also introduced a new VR web browser, and videos that required launching an app to play, now play directly on the Home Screen. Samsung is already taking pre-orders of the Galaxy S8 and Galaxy S8+ in the US, and users who pre-order are eligible to get a free Gear VR headset.