Samsung Galaxy Z Fold 3 may come with a hole-punch design for the selfie camera. 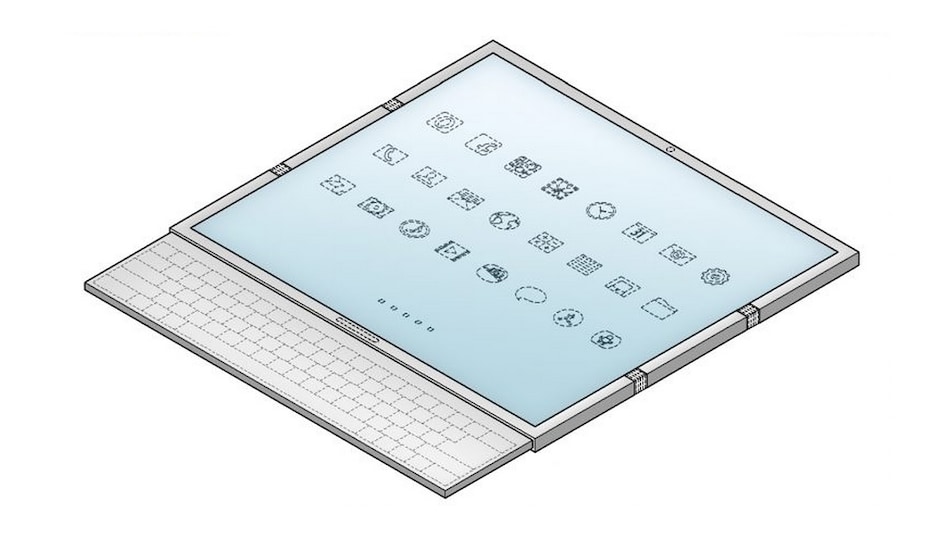 The design patent, as noted by LetsGoDigital, was filed by Samsung Display in mid-2018 with Korean Intellectual Property Office (KIPO) and it was discovered in July this year. It contains eight product sketches and a brief description, the report noted. The sketch shows a device in its unfolded state with two hinges and a keyboard sticking out from one of the sides. Based on the product sketches, the publication collaborated with Sarang Sheth, who is the editor-in-chief at Yanko Design (an online magazine for international product design), to create 3D renders of the phone.

Looking at these renders — that as mentioned above are not from Samsung — the rumoured Galaxy Z Fold 3 has a Galaxy Z Fold 2 like design, but with an additional hinge that allows another screen to unfold, making it a long single display in its unfolded form. One of the screens folds normally like it does on the Galaxy Z Fold 2, but the third screen folds outwards, allowing for a usable display to always be at the top. Additionally, from the sides of one of the folding screens, a sliding QWERTY keyboard can be seen with touch sensitive keys.

When completely folded, this phone in the render looks quite similar to the Galaxy Z Fold 2. The bezels are quite narrow all around and there is a USB Type-C port as well. The renders show a hole-punch design for the front camera (depending on how you hold the phone), and a triple rear camera setup.

The renders shared by LetsGoDigital show the rumoured Samsung Galaxy Z Fold 3 in different use cases and form factors. The design of this phone seems quite unique, but of course, these are renders based on a patent, and not necessarily what the phone will eventually look like. The report also mentions that the rumoured phone will have a light indicator in the hinge as Samsung was awarded a patent for it earlier this month.

As of now, Samsung has not shared any information on the rumoured Galaxy Z Fold 3 and these images are not official, so the actual phone could look quite different when it is officially announced.