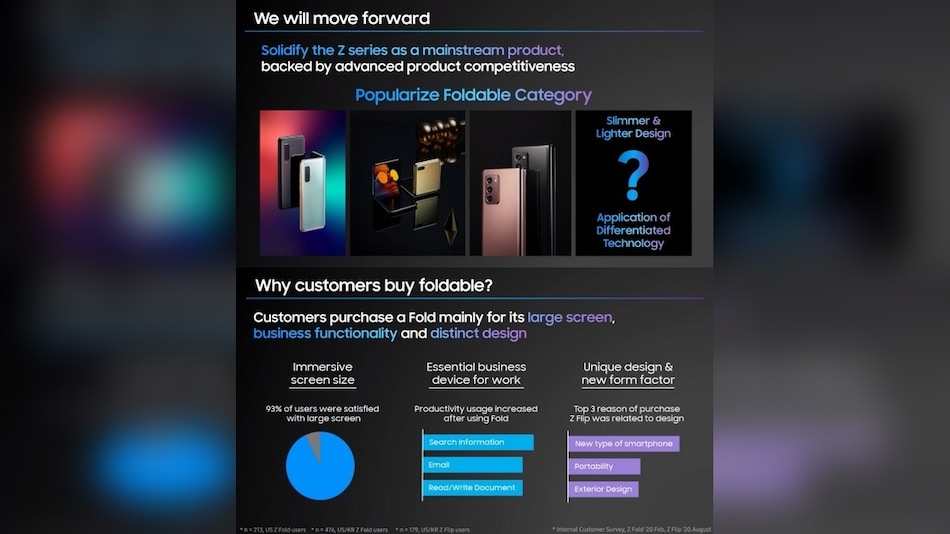 According to a tweet by known tipster Cozyplanes, the rumoured Samsung Galaxy Z Fold 3 will be thinner and lighter than the previous generation Galaxy Z Fold 2. The images shared by the tipster show that Samsung wants to popularise the foldable category of smartphones and to bring it to the mainstream. The company reportedly shared these developments at its 2020 Investor Forum. In its research, Samsung is said to have found that an immersive screen size, business functionality, and unique design attracts people towards foldable phones.

Last week, the alleged specifications for the rumoured Samsung Galaxy Z Fold 3 were leaked. The phone is said to come with a 6.9-inch foldable display with less crease this time around. It may come with a 120Hz refresh rate. The main display is tipped to have thinner bezels and smaller hole-punch design for housing the selfie camera. In terms of battery, it was reported that the Galaxy Z Fold 3 will be backed by a 3,900mAh battery.