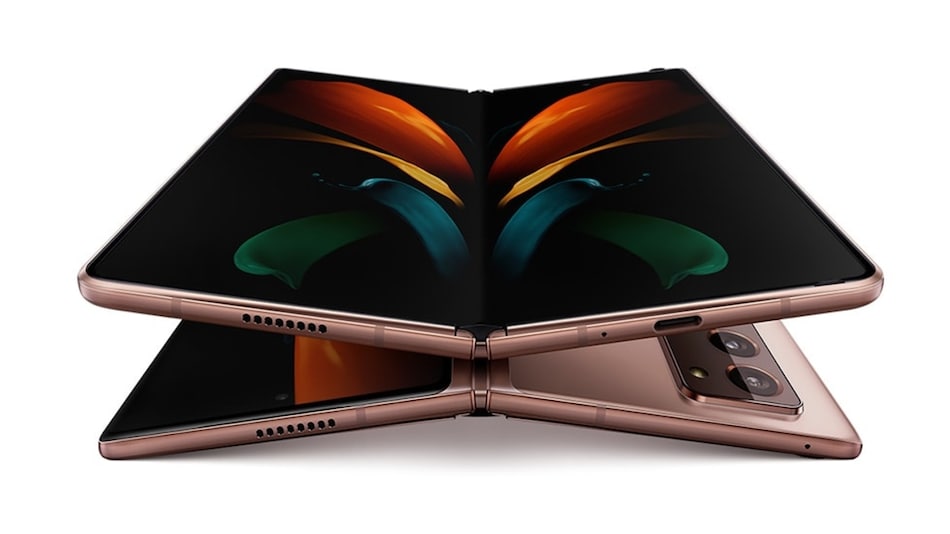 Samsung Galaxy Z Fold 2 is set to receive an official announcement at the Unpacked Part 2 virtual event on September 1, the South Korean giant has announced through an official invite. The foldable phone debuted alongside the Galaxy Note 20 series earlier this month. Samsung didn't reveal the key specifications of Galaxy Z Fold 2 at the time of its debut and has so far kept its pricing and availability under wrap. However, the Samsung UK retail site has now been spotted spilling the beans on the price and shipments of the smartphone. The Galaxy Z Fold 2 is also said to be cheaper than the original Galaxy Fold.

The Samsung Newsroom site carries the invite of the Unpacked Part 2 event that will be held virtually at 10am ET (7:30pm IST) on September 1. It will be the place where the Samsung Galaxy Z Fold 2 will get its formal launch ceremony. Samsung confirmed the separate launch of the foldable phone while announcing its existence at the Galaxy Note 20 series launch earlier this month.

At that time, Samsung showed off the Galaxy Z Fold 2 with its large, Infinity-O Display panels and highlighted Ultra-Thin Glass (UTG) protection. The company also revealed that the phone will come with a 120Hz refresh rate and includes a 4,500mAh Dual Intelligent Battery. Further, it was confirmed to come with 5G support.

Having said that, the pricing and availability of the Samsung Galaxy Z Fold 2 weren't announced during the earlier event. It might be a strategic decision to create enough hype for the foldable phone and help grab eyeballs and be in the news, again — after the launch of the Galaxy Note 20 series earlier this month.

Meanwhile, the Samsung UK retail site briefly put the Galaxy Z Fold 2 on pre-orders that suggested its price and shipment details. Max Weinbach of XDA Developers tweeted that the site was taking pre-orders for the phone at GBP 1,799 (roughly Rs. 1,75,400) and its shipments scheduled for September 17.

While the pre-order option was pulled at the time of filing this story, some Twitter users were apparently able to order the phone by paying its listed pricing through PayPal.

Despite the lower pricing, the Samsung Galaxy Z Fold 2 has a list of upgrades over the Galaxy Fold. There are better displays, faster processor, newer glass protection, and upgraded camera optics in comparison with the last year model. However, as noted by SamMobile, Samsung may have been able to reduce the pricing of the new offering by not bundling its wireless earbuds. The Galaxy Fold included the Galaxy Buds within its retail box that are worth Rs. 9,990.

That said, Samsung is likely to confirm whether it would bundle its wireless earbuds with Galaxy Z Fold 2 at the time of its formal launch next week.