The leaked image of the Samsung Galaxy Fold 2 5G shows the phone in unfolded state with a hole-punch display for the selfie camera. 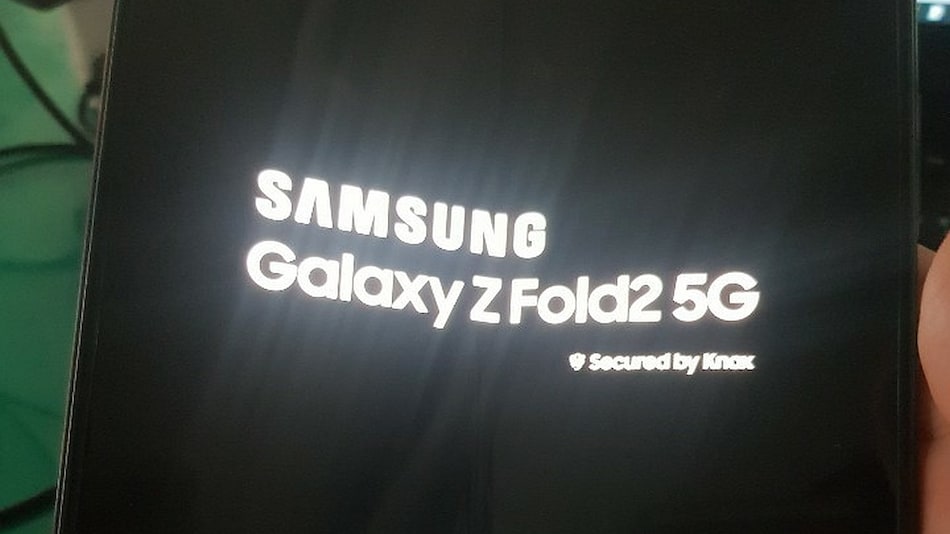 Samsung Galaxy Z Fold 2 5G is likely the name of the next folding phone from the South Korean technology giant, as per the latest leaks. In about a week's time, Samsung will be hosting its Galaxy Unpacked event, where it will officially unveil the Galaxy Note 20 series of smartphones and its second foldable smartphone, among other hardware. Claims have been made that the name of the latter is Galaxy Z Fold 2 and now, a new leak appears to have confirmed the moniker with a live image showing the startup screen with the name. The image also shows the front camera on the internal display of the phone. Interestingly, the Galaxy Z Fold 2 remains the least leaked handset in the upcoming smartphone lineup.

As per the image shared on Twitter by a user with handle @hwangmh01, Samsung's second folding phone will be called Galaxy Z Fold 2 5G. The image is not very sharp but it seems that the phone sports a hole-punch display with a single camera for selfies located on the right hand side of the inside panel. This is an indication that the second generation of Samsung's foldable smartphone will have a bigger, notchless display as compared to the previous iteration of the phone. This is just speculation though, because the device in the image is not fully booted up.