The Galaxy Z Flip does withstand a lot of pressure when trying to bend it backwards but the screen still raises a lot of questions. 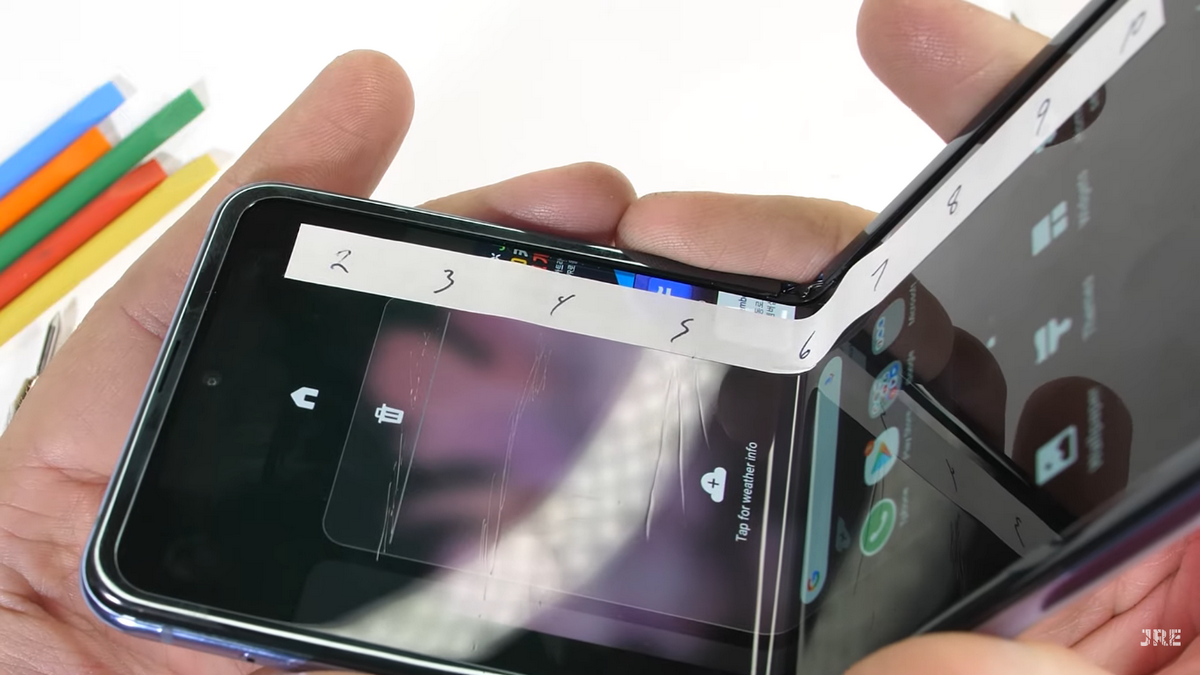 Samsung Galaxy Z Flip was unveiled last week at its Unpacked 2020 event in San Francisco. It was the company's second commercial foldable phone after the Galaxy Fold. The Galaxy Z Flip's screen is made from “Ultra Thin Glass” which, according to the company, is much more resistant to scratches compared to the plastic screens on the Galaxy Fold and the Motorola Razr. But, the JerryRigEverything durability test does not seem to prove Samsung's claims. During the YouTuber's regular scratch tests, the Galaxy Z Flip's screen was seen to scratch just as easily as the plastic ones.

In the video, JerryRigEverything's Zack Nelson puts the display glass under a series of scratch tests with increasing hardness to see when the screen starts showing signs of damage. And unfortunately, the Galaxy Z Flip didn't fare much better than its plastic brethren. The screen started to show marks at Mohs level 2 and then deeper scratches at level 3 which was just like the plastic screens on the Galaxy Fold and Motorola Razr (2019). He then proceeded to the next level of hardness and “could physically feel the tip of the pin start to cut the display surface open.” This doesn't seem to inspire confidence for anybody spending $1,380 (roughly Rs. 98,600) on the phone.

After he put down the pen, Nelson started to use his nail to see if the “Ultra Thin Glass” shows any scratches and it did leave some marks on the display. Seeing the disappointing results from this test, it does raise questions on Samsung's claims of using glass for the Galazy Z Flip's display.

The bend test, on the other hand, did work in Samsung's favour as the phone survived quite a lot of pressure when Zack tried to bend the screen the other way. By the end, he started to poke at the Galaxy Z Flip's screen with one of the hardness picks which pierced the display and let air in, making that area of the screen go black.

The Verge got in touch with Samsung looking for a response to which a spokesperson said, “Samsung's first-of-its-kind UTG technology is different from other Galaxy flagship devices. While the display does bend, it should be handled with care. Also, Galaxy Z Flip has a protective layer on top of the UTG similar to Galaxy Fold.”

This might suggest that the scratches were on the outer protective layer and not the actual display but you should take this with a grain of salt.

So, what happens if your Samsung Galaxy Z Flip gets scratched and you need to get the screen replaced? Samsung offers a one-time replacement for $119 (roughly Rs. 8,500) and you can also get a one-time free application of a screen protector.