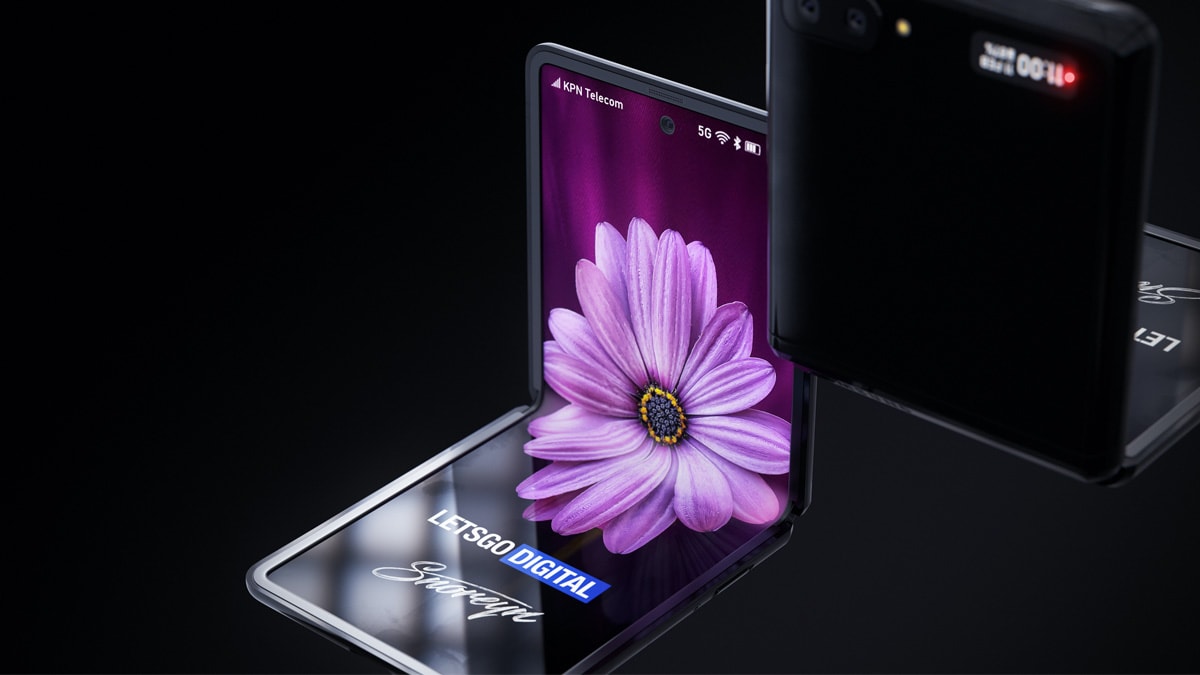 Samsung Galaxy Z Flip is expected to launch on February 11

Samsung's upcoming foldable phone is rumoured to be called the Galaxy Z Flip, and it is expected to launch on February 11. The phone's key specifications have been leaked, and the phone is tipped to sport a 12-megapixel main camera and a 10-megapixel front camera. The Samsung Galaxy Z Flip is also reported to be available in several colour options in its home market South Korea. Some colours will be exclusive to wireless carriers, and these operators will market these colours heavily to their subscribers.

Tipster Ishan Agarwal has shared a few specifications of the Samsung Galaxy Z Flip, and according to him the foldable phone will sport a 6.7-inch Dynamic AMOLED Display. He refutes previous rumours of a 108-megapixel rear sensor, and claims that the Galaxy Z Flip will sport a 12-megapixel main rear camera. The phone is tipped to sport a 10-megapiel selfie camera and offer 256GB storage configuration. The phone is expected to run on One UI 2.1, and pack 3,300mAh or 3,500mAh battery. The phone should come in Black and Purple colour options.

Talking about colour options, Korean publication ETNews reports that Samsung will make a few colour options of the Galaxy Z Flip exclusive to wireless carriers. These carriers include SK Telecom, KT, and LG UPlus. The carriers will have exclusivity to colour options like blue, red, and pink, respectively. The report states that this colour exclusivity strategy has worked well for the company when it launched the Galaxy Note 10, and it looks to introduce the same strategy for its second foldable device as well.

As per reports, this device will open and close in a clamshell-like manner. The phone will be positioned in a slightly lower price bracket in order to target a wider audience. Samsung Galaxy Z Flip is expected to be powered by Snapdragon 855 SoC. It is reported to be priced between $860 and $1,295, sport a dual camera setup at the back, and ship with a 15W charger. The phone is expected to launch at the February 11 Unpacked event alongside the Galaxy S20 series.

Samsung Galaxy Z Flip Price Tipped, and It Isn't as Expensive as the Galaxy Fold