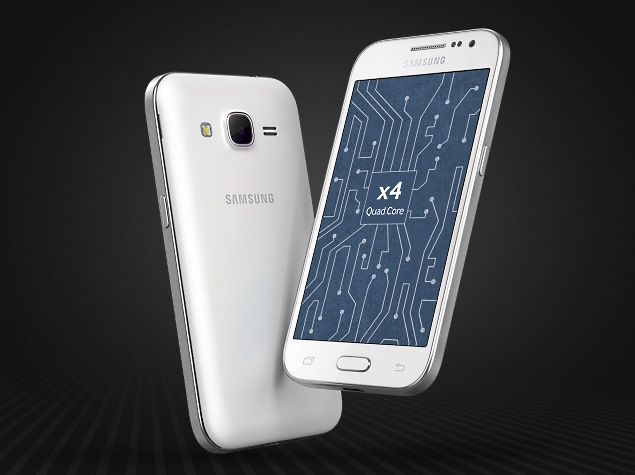 As yet, there are no further details available for the Samsung Galaxy Win 2 Duos release to other regions. Brazil pricing details were sourced via Brazilian blog Tecmundo. The Samsung India website hasn't yet listed the smartphone, though it has been listed on the company's Brazil site.

The Galaxy Win 2 Duos is powered by a 1.2GHz quad-core processor (unknown capacity) coupled with 1GB of RAM. Apart from a 2-megapixel front-facing camera, the smartphone boasts of a 5-megapixel autofocus rear camera with LED flash.

The 8GB built-in storage on the Galaxy Win 2 Duos is expandable by microSD card (up to 64GB). Connectivity options on the device include 4G LTE, Bluetooth, Wi-Fi, Wi-Fi Direct and Micro-USB.