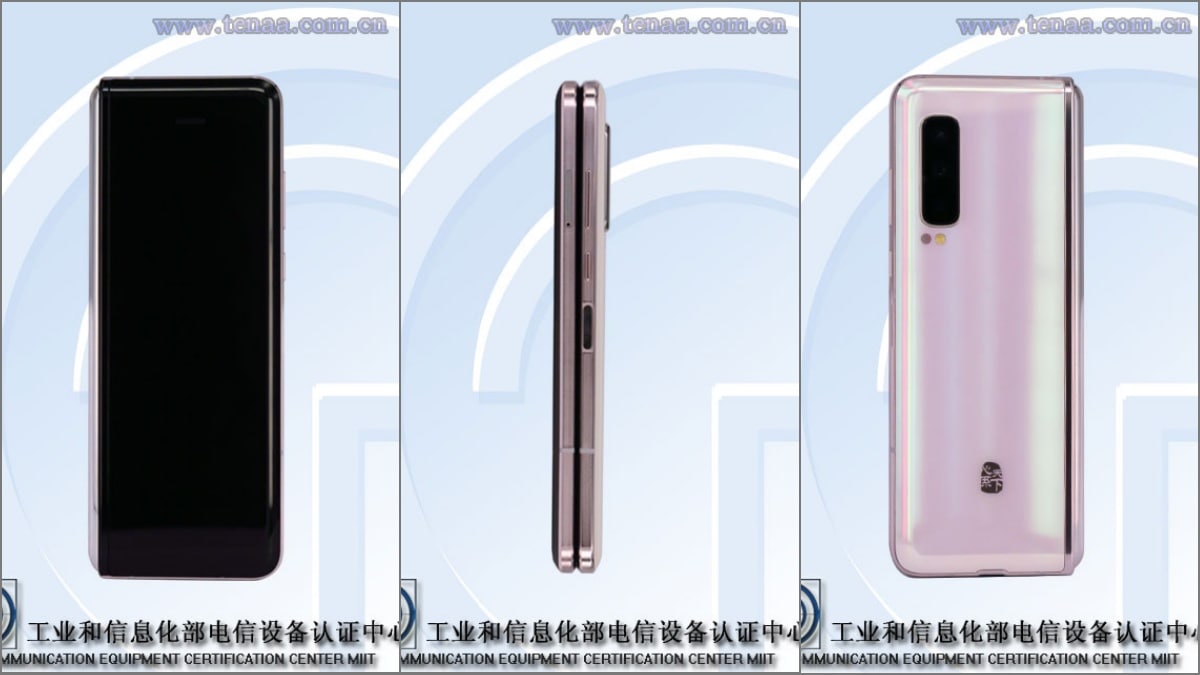 Samsung Galaxy Fold was launched in 4G and 5G variants

Samsung Galaxy W20 5G listing that appeared on Chinese regulator TENAA's website earlier last week has indicated that the Galaxy W20 5G is just a rebranded version of the Galaxy Fold 5G model with an improved processor and not a brand-new smartphone. The specifications listed by TENAA for Samsung SM-W2020 that is believed to be the model number of Galaxy W20 5G match with Samsung Galaxy Fold 5G specifications, barring the processor clock speed and battery size. Also, the photos added by the Chinese regulator look same as Samsung's first foldable smartphone.

To recall, Samsung had launched the Galaxy Fold back in February in both 4G and 5G variants, however because of the quality issues the actual release date of the phone was postponed. Samsung Galaxy Fold finally went on sale in September this year, starting with the company's home market and has since reached many other countries, including India and China. Now, in partnership with China Telecom, Samsung seems to be gearing up to release the 5G version of the phone with the Galaxy W20 5G branding.

China Telecom and Samsung are reportedly hosting a press event on November 19 in the country to unveil the phone. The telecom operators is likely to exclusively carry the phone in the country. As always, we will bring you all the details right here at Gadgets 360 as and when the company reveals them.

Meanwhile, Samsung has reportedly increasing investment in Dowoo Insis that sells Ultra-Thin Glass (UTG) to the smartphone maker for use in its foldable smartphones. According to a report by South Korean publication ET News, Samsung wants more UTG panels and thus, the company is giving more money to Dowoo Insis for increase its production capacity.