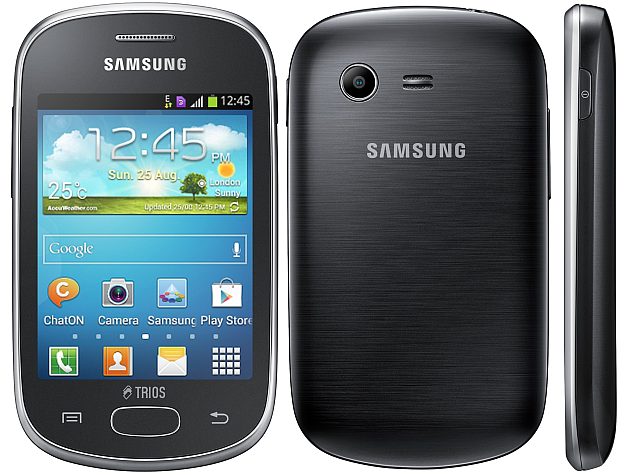 Following LG, Samsung introduced its triple-SIM handset in Brazil, called the Galaxy Star Trios. The low-end handset supports three SIM cards, and features refreshed specifications compared to its predecessor, the Samsung Galaxy Star S5280, which got released in first half of 2013. For now, pricing and availability details have not been provided.

Listed on the Brazil's official Samsung website, the Galaxy Star Trios runs on Android 4.1 Jelly Bean without promises or expectations for any software updates. The Galaxy Star Trios features a 3.1-inch QVGA (240 x 320 pixels) TFT display. The smartphone is powered by a single-core 1GHz Snapdragon S1 processor paired with 512MB of RAM.

The Galaxy Star Trios misses out on front-facing camera but includes a 2-megapixel rear shooter. The budget device comes with a 4GB of built-in storage that is expandable via microSD card (up to 32GB). The smartphone also supports Wi-Fi 802.11 b/g/n, 3G connectivity and Bluetooth 4.0.

Recently, a new budget Android-powered handset from LG, the Optimus L1 II Tri, was also found to be listed on the company's official Brazilian website along with its price and specifications.

The LG Optimus L1 II Tri runs on Android 4.1 Jelly Bean OS. It has been also noted that the handset comes with support for three SIM cards, which are also the most highlighted features of the device. The screen size and resolution along with camera, memory and built-in storage closely resemble the Samsung Galaxy Star Trios' specifications.