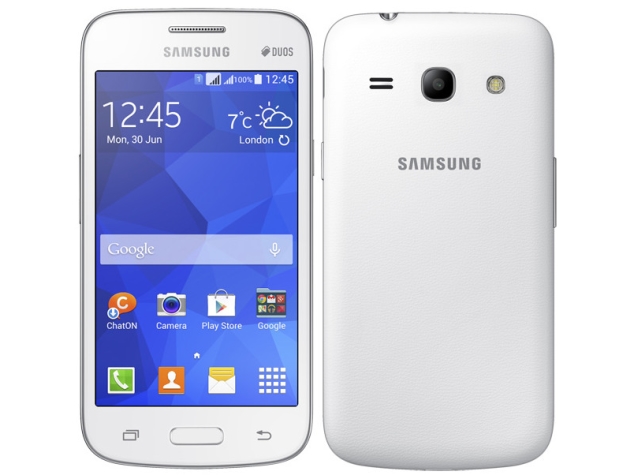 Samsung has launched another Android 4.4 KitKat-based smartphone in India, dubbed the Samsung Galaxy Star 2 Plus. The device is now officially listed with 'Notify Me' option by the company on its online store carrying a price tag of Rs. 7,335.

An upgrade of sorts on the Samsung Galaxy Star 2, the listing of the Star 2 Plus with model number SM-G350E was earlier tipped by a Mumbai-based retailer as Galaxy Star Advance with launch price of Rs. 7,299.

According to the listed specifications, the dual-SIM Samsung Galaxy Star 2 Plus will run Android 4.4 KitKat out-of-the-box. It features a 4.3-inch WVGA (480x800 pixels) TFT display. The smartphone packs 1.2GHz (unspecified chipset) processor coupled with 512MB of RAM. It sports a 3-megapixel rear camera with LED flash, while there is no front facing camera onboard. The 4GB of inbuilt storage on Samsung Galaxy Star 2 Plus can be expanded further up to 32GB (via microSD card).

Connectivity options on the device include 3G, Wi-Fi, Bluetooth, and GPS. The Galaxy Star 2 Plus packs an 1800mAh battery. It measures 129.7x65.9x9.4mm and weighs 138 grams. The smartphone will be available in Black and White colour options.

The Samsung Galaxy Core 2 supports dual-SIM and runs Android 4.4 KitKat out-of-the-box with the company's TouchWiz Essence UI on top. It comes with a 4.5-inch WVGA (480x800 pixels) TFT display. It is powered by a quad-core processor clocked at 1.2GHz coupled with 768MB of RAM.