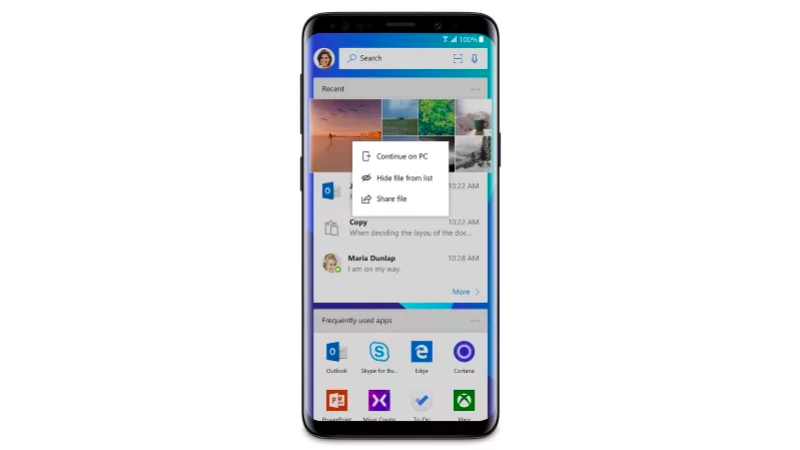 Microsoft has started selling a customised version of the newly-launched Samsung Galaxy S9 and Galaxy S9+ via its online and offline stores in the US. The 'Microsoft Edition' Galaxy S9 and Galaxy S9+ smartphones will put the Microsoft Launcher front and centre, and give users access to a range of Microsoft apps such as Excel, Skype, Cortana, OneNote, PowerPoint, and Word. As for the pricing, the Microsoft Edition models will cost the same as the standard versions - $719.99 for Galaxy 9, and $839.99 for Galaxy S9+ (both unlocked).

Prospective buyers can pre-order a unit but delivery will begin on March 16, the same day as the global release of the handset. Microsoft on its website said that quantities of the devices are limited.

In a statement to Trusted Reviews, a Microsoft spokesperson said, "A Microsoft customisation is applied to the Samsung Galaxy S9 and Galaxy S9 Plus Microsoft Edition when the devices are unboxed and connected to Wi-Fi."

The Samsung Galaxy S9 and Galaxy S9+ were launched in India earlier this week, and are powered by the Exynos 9810 SoC in India. You get the Android Oreo experience out-of-the-box and IP68 water + dust resistance as well. Connectivity options include Gigabit LTE, dual-band Wi-Fi 802.11ac, USB Type-C, Bluetooth 5.0, and, yes, the 3.5mm headphone jack. Both phones have an identical 8-megapixel autofocus front camera f/1.7 sensor and come with a microSD slot with support for cards up to 400GB capacity.

Samsung Galaxy S9+ price in India is Rs. 64,900 for the 64GB variant and Rs. 72,900 for the 256GB option. The variant with 128GB internal storage has not been launched in India yet, and there is no word regarding whether it will be released in the country.