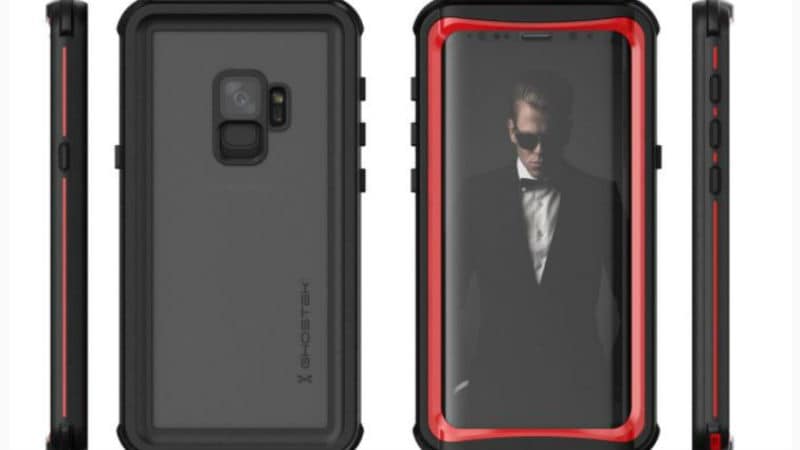 As we mentioned, Ghostek has listed a case for the upcoming Samsung Galaxy S9. Renders of the smartphone show a design that other reports have been suggesting in the past few weeks. The images show a similar 18.5:9 display as seen on the Galaxy S8 and the Galaxy A8 (2018) duo. The bezels do appear slightly thinner than last year, and the images show that the Galaxy S9 is also expected to retain the Bixby button from the Galaxy S8.

The renders of the back of the case reveal that the Galaxy S9 will not sport a dual camera setup, which might be exclusive to the Galaxy S9+.

The Ghostek case offers shockproof, impact, and drop protection for the upcoming Galaxy S9. Additionally, the product page also claims that the case is "Touch ID Fingerprint & Face ID Compatible." The rugged waterproof case supports wireless charging, which has been a feature since the Samsung Galaxy S6.

Case renders of the Galaxy S9+ were listed on Mobilefun's website last week. The images from the product listing reveal a dual camera setup.

Last week, Samsung had released images for its music creation app SoundCamp that "accidentally" leaked the design of the Galaxy S9. The Galaxy S9+, on the other hand, had some of its specifications leaked on GeekBench. According to this listing, the Galaxy S9+ will be powered by a Qualcomm Snapdragon 845 SoC and 6GB of RAM.

Ad Firms Using Tools to Help Them Read Your Mind
BSNL to Start 4G Services From January, Starting With Kerala