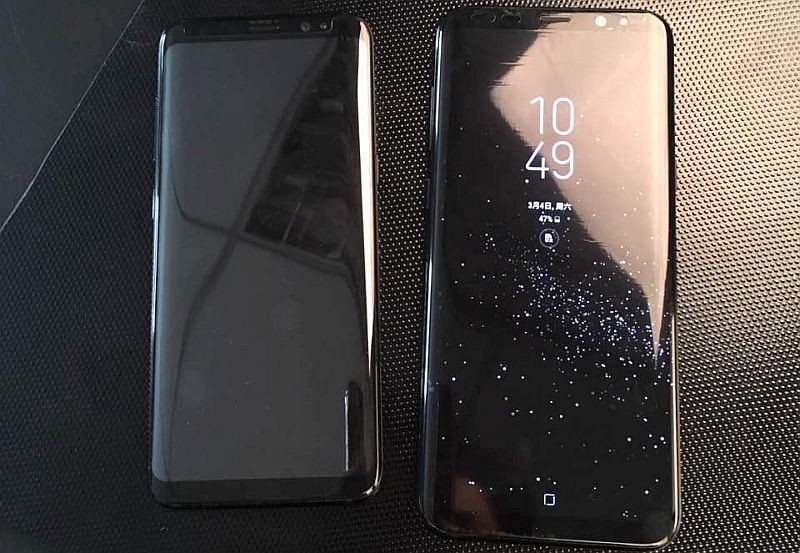 The official launch of the Samsung Galaxy S8 and Samsung Galaxy S8+ is just days away now, and leaks are understandably increasing in number. Fresh leaks indicate that the Samsung Galaxy S8 will introduce facial recognition, and have a camera that will support ultra slo-mo capturing. Also, a glossy black variant of the Galaxy S8 has been spotted in the wild, along with an official poster leak. Finally, but importantly, the leaked Galaxy S8+ benchmarks were also spotted giving out performance ratings of both the Snapdragon 835 chipset and the Exynos 8895-equipped Galaxy S8+.

A Bloomberg report indicates that Samsung is set to introduce facial recognition along with fingerprint scanning and iris scanning on the Galaxy S8 for added security. The Samsung Pay feature will use a combination of these features to be more full proof and less prone to hacking. While mobile payments have been on a rise, susceptibility to easy hacking has hindered its mass usage. In a bid to make mobile payments more trustworthy, Samsung is looking to treat its fans with a new facial recognition feature, alongside the other sensors for more security. The report also states that "iris and facial detection capabilities complement each other: phones can rely on iris detection when there's not enough ambient light to recognize facial features. But the smartphone unlocks faster and with more accuracy when it comes to recognising faces."

A separate report from Naver suggests that the Galaxy S8's camera will be able to shoot video at 1000fps i.e. ultra slo-mo, something Sony was able to achieve with its IMX400 sensor for the Sony Xperia XZ Premium. Samsung is likely to integrate its own technology to achieve that kind of slo-mo, and like Sony's solution use add additional DRAM to store those images before the ISP can take it all in.

Furthermore, pictures of a Samsung Galaxy S8 glossy black variant have also been leaked on Weibo showing the device from all angles. It reiterates all previous rumours of a large dual-edge curved display, the fingerprint scanner at the back, the dedicated Bixby button, and the Samsung logo at the back. Being so close to the launch event, we can't help but give some credibility to this leak. The device is expected to launch in a total of seven colour options. You can see the leaked images below.

Tipster Ice Universe got hold of a poster image for the Galaxy S8 claiming that it is arriving in the market in April. There's also a huge 'S' logo in the middle indicating the launch of a device in the 'Galaxy S' series soon.

Lastly but importantly, the benchmarks of the Galaxy S8+ have been leaked as well. The US variant with the Snapdragon 835 chip manages to score 1929 and 6084 in single-core and multi-core tests, while the Exynos 8895-variant scores 1978 and 6375 respectively. Also, the Galaxy S8+'s performance is much better when compared to the Galaxy S7 Edge (Exynos variant) especially in the multi-core tests.