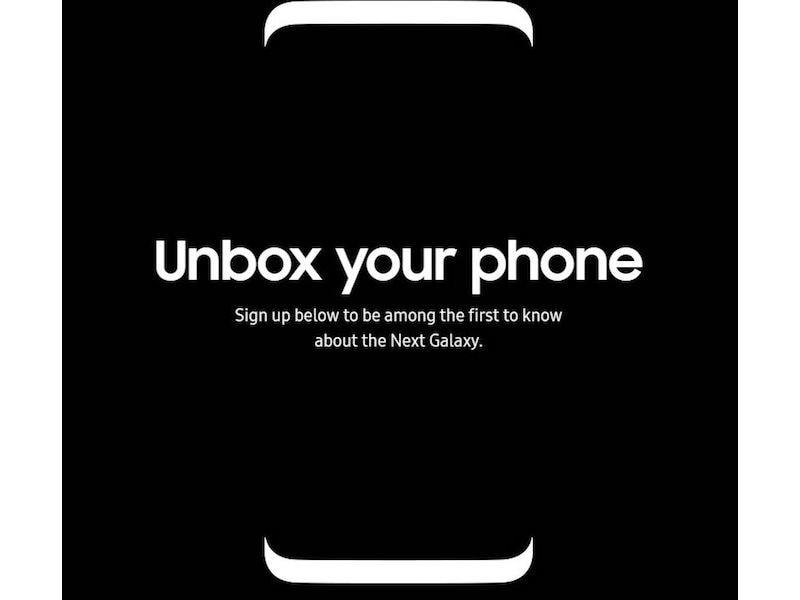 Samsung may not be unveiling its next flagship smartphone at the upcoming Mobile World Congress in Barcelona, but that doesn't mean the company won't give a sneak peek of the Galaxy S8 to some lucky few out there. According to a new leak, Samsung is offering early birds to sign-up to be among the first to get all the details about the 'Next Galaxy', as the image reads. Separately, a nearly complete specifications list of the Samsung Galaxy S8 has leaked alongside.

Evan Blass (aka @evleaks) on Saturday tweeted an image of what looks to be a sign-up page for users to be notified about Galaxy S8 developments, presumably such information as its launch or release date. Moreover, the image also features a silhouette of the Galaxy S8, which pretty much confirms the many leaks in the past regarding the near bezel-less design of the flagship along with its dual-edge curved display and lack of a Home Button.

Given the timing of the leak just ahead of MWC 2017, Samsung could give a peek of the Galaxy S8 to the lucky few who sign-up during its press conference on the February 26. Alternatively, it's also possible that Samsung may hold out until after it announces the launch date of the flagship at MWC.

From the looks of it, the Galaxy S8 will indeed feature rounded edges with minimal bezels on the top and bottom. The most recent leaked live image of the Galaxy S8, which was reported on Friday, further suggests that the front will feature no Home Button, while the fingerprint scanner will move over to the back right next to the camera module.

Meanwhile, right after Blass leaked mostly all of the specifications of the larger Galaxy S8+ a couple of days ago, TechnoBuffalo claimed to have obtained the specifications of the Galaxy S8 from a reliable source. The specifications for both the flagships are pretty similar barring the display size. The Galaxy S8 is said to sport a 5.8-inch Quad HD+ Super AMOLED display, which translates to 5.6-inch if counting the rounded corners. The Galaxy S8+ as we saw earlier had a 6.2-inch Quad HD+ Super AMOLED display that translated to 6.1-inch with rounded corners.

Based on the leaks and rumours so far, both the Galaxy S8 and Galaxy S8+ are touted to sport Qualcomm's latest Snapdragon 835 SoC. The flagships will either be launched with 4GB or 6GB of RAM and 64GB inbuilt storage, which is likely to support expandable storage via microSD (up to 128GB). Both the devices will feature 12-megapixel dual-rear cameras and 8-megapixel front-facing camera.

The smartphone is rumoured to go on sale by April 21.

Facebook Records 300 Billion Reactions in a Single Year
BlackBerry Mercury at MWC 2017: What You Can Expect From Tonight's Launch