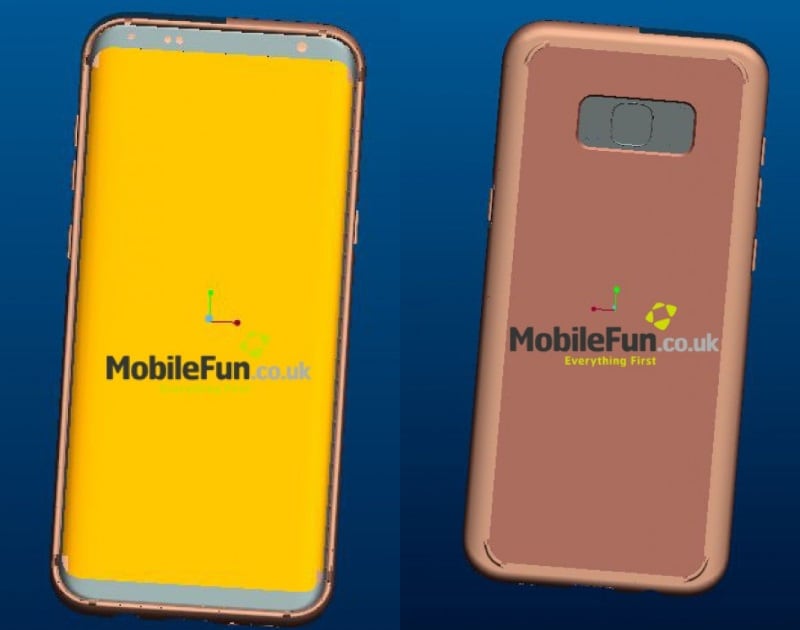 Samsung Galaxy S8, the company's upcoming flagship smartphone, has been leaked in numerous image renders, which have confirmed some of the important design aspects and features of the smartphone. A fresh set of image renders now show the back side of Samsung Galaxy S8 Plus with a wide hole for camera, indicating that a dual camera setup is likely.

The fresh images have been shared by GSMArena, and they indicate the possibility of dual cameras at the back of Galaxy S8 Plus. The image renders show a wider hole at the back of the body of the smartphone, suggesting the inclusion of dual cameras - however the renders do not really show the cameras themselves. Apart from that, we can also see that the power button has moved to its original spot i.e., to the right side of the smartphone. The power button was earlier said to have moved to the left side, along with the volume rockers. It's worth mentioning that the much rumoured virtual assistant of Samsung - Bixby - is said to have its own dedicated button, but there's no indication in these renders of what button that would be.

Samsung Galaxy S8 was said to have dual speakers for a better audio quality in an earlier report, which has now been refuted by the fresh image renders showing just a single speaker at the bottom of the S8 Plus. Along with that, there could be a USB Type-C port considering the size of the hole at the bottom of the case, and a 3.5mm audio jack is seen at the bottom as well, refuting rumours that Samsung may follow Apple and drop the headphone jack.

LG G6 Could be the First Non-Pixel Phone to Pack Google Assistant
Donald Trump Believed to Have Traded Android for a Secure, Encrypted Device