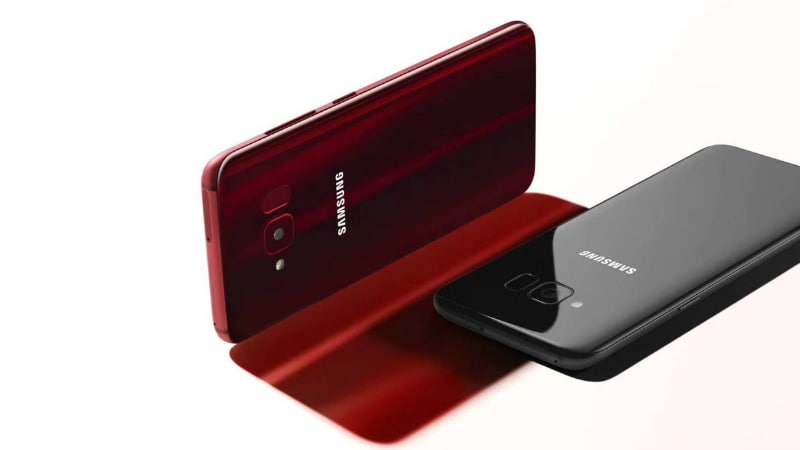 Samsung Galaxy S8 Lite, or from what certain rumours suggest, the Galaxy S9 Lite is reportedly all set to be unveiled in China on May 21. With model number SM-G8750, there is currently no official name for this upcoming Samsung smartphone but quite a lot of details and specifications of the phone are out in the open already. For starters, the handset is rumoured to be launched at the headquarters of Chinese retailer JD.com where it will apparently be exclusively available in country.

This development comes courtesy reputed tipster who goes by the handle @MMDDJ on Twitter. In a separate set of leaks, the tipster has also outed several promotional images - sourced from Weibo - of the smartphone which he insists on calling the Galaxy S9 Lite. The photos show the back panel of the handset that has a single rear camera and a fingerprint sensor placed next to it. Shown in Black and Red colour variants, its design reminds us of the recently launched Galaxy S9 flagship duo. The name mismatch could be due to the unconfirmed branding and the similarity in design with the current flagship generation.

The Galaxy S8 Lite was previously spotted on Chinese certification website TENAA. According to the listing, the phone will sport possibly an Infinity display with a 1080x2220 pixels resolution or 18.5:9 aspect ratio. The phone will be powered by an SoC clocked at 2.2GHz or 1.9GHz. This will be paired with 4GB of RAM and 64GB of onboard storage. Additionally, it is expected to run Android 8.0.0 Oreo.

As for camera specifications, the Galaxy S8 Lite gets a single 16-megapixel rear sensor. On the front, it is expected to sport an 8-megapixel selfie sensor. In terms of connectivity, the phone might include 4G LTE, Bluetooth, USB. Sensors are said to include accelerometer, ambient light sensor, fingerprint sensor, iris scanner, and proximity sensor.