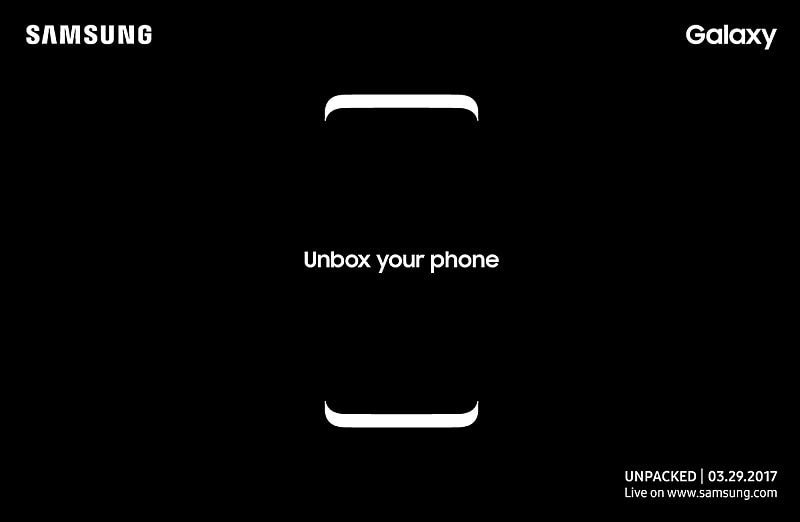 Samsung Galaxy S8 is launching next month, Samsung has revealed. Samsung at its Sunday keynote in Barcelona confirmed that Galaxy Unpacked 2017 will be held on March 29, where the company is set to unveil its next flagship, the Galaxy S8. Previous reports indicate the smartphone will only go on sale by April 21.

Teasing the launch event, Samsung wrote in its official invite, "On March 29, Samsung Electronics will unveil the newest Galaxy as part of its endeavour to unbox your phone."

The South Korean giant confirmed that the March 29 event will take place in New York, and will kick off at 11am EDT (8:30pm IST).

The invite further said, "The forthcoming addition to the Galaxy line-up represents the start of a new era, by reshaping the device that has over the years become an indispensable tool in our everyday lives." Samsung's Galaxy Unpacked 2017 event will be also live-streamed on the company's website.

Thanks to a flurry of leaks, we already know that the Samsung Galaxy S8 will be unveiled alongside the Galaxy S8+.

Based on leaks so far, the company is expected to give the Galaxy S8 a design overhaul with no physical home button at the front. The company is also said to be adding a dedicated button for Bixby - Samsung's new AI assistant which will work with native apps as well. For specifications, the Galaxy S8 is widely rumoured to be powered by the latest Qualcomm Snapdragon 835 SoC with 4GB or 6GB of RAM. The handset is said to pack 64GB inbuilt storage while come with support for expandable storage via microSD card (up to 128GB). The Samsung Galaxy S8 is likely to sport 3250mAh battery.