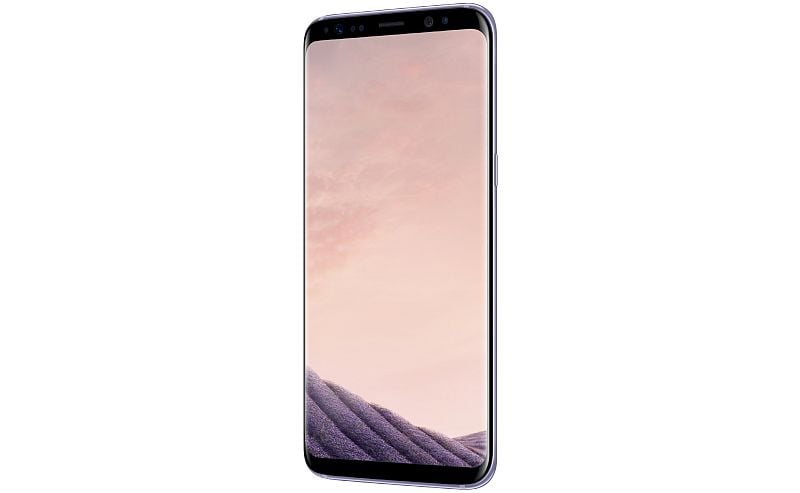 Will Galaxy S8 Be the Smash Hit Samsung Needs?

Stay tuned to Gadgets360.com for detailed coverage of the Samsung Galaxy S8 and S8+, along with all the other announcements Samsung made at this event.

A video concludes the Samsung Galaxy S8 and S8+ launch.

It appears as if Koh's wrapping up the presentation.

DJ Koh is back on stage.

Samsung DeX uses a keyboard and mouse which makes it work just like desktop and laptop computers do, based on what we saw during the demo.

The interface on the DeX looks like it's well-optimised for desktop use. Motorola tried something similar with the Atrix smartphone a few years ago, but Samsung's effort is obviously likely to benefit from all the additional processing power that the S8 has.

It's like a simple dock connected to a monitor. In the demo it appeared easy to plug in the S8 to the DeX.

It's called the Samsung DeX.

De Silva is talking about another accessory that bridges the gap between the desktop and mobile.

The new Gear 360 will soon launch across the world. No information on price yet.

Pretty much everyone in the audience is now recording a video using their Gear 360s at the venue.

The company's giving Gear 360s to everyone in the audience. Don't you wish you were there to try out this new gadget?

They started a live video broadcast on Facebook via a Samsung employee who's standing outside the venue.

The new Gear 360 has an enhanced grip that fits in your hand and the camera shoots in 4K as well. It also supports live broadcasting on Facebook, YouTube, and Samsung VR.

On to the next accessory - De Silva is talking about the Gear 360, a 360-degree camera.

She's talking about VR partnerships from films to games.

She's talking about the virtual reality experience with the Galaxy S8. The Gear VR headset now has a motion sensing Bluetooth remote.

Every Galaxy S8 will ship with top of the line earbuds from AKG that cost $99 when purchased separately.

Galaxy S8 and S8+ will be available starting April 21.

Naturally, Bixby is integrated deeply with the operating system and learns from your usage of the phone. If you take an Uber every morning, it places that card at the top.

If you see something you want to buy, just point your camera at it and Bixby will find the listing via one of Samsung's partners.

Bixby is context aware and can understand commands such as, Capture this and send to Cindy. This command will send a screenshot to the person mentioned.

The voice assistant is called Bixby.

They're talking about the voice assistant tech in the new smartphones.

Sriram Thodla, Samsung's director of services and business is on stage.

Galaxy S8 and S8+ will ship with a password manager app called Samsung Pass. Soon you'll be able to use the app with services beyond finance, Samsung says.

The phone has a fingerprint scanner, an iris scanner, and even facial recognition. You can use any of these technologies to unlock your Samsung Galaxy S8 or S8+, instead of using a complex password or pattern.

Samsung says it's gone beyond the industry standard with an 8-point battery test to make the phone as safe as possible.

There's a new 10nm processor for these smartphones, which Samsung says it has created to pack more processing power in the same space. A chart says the processor is 10% faster than the one in S7 and the GPU is 21% faster.

The Galaxy S8 and S8+ are water- and dust-resistant, like their predecessors.

The smartphone's front camera has a smart autofocus that helps you click better selfie, Samsung says.

Now on to talk about the Galaxy S8's camera.

The S8 is available in five colours.

The S8 has an invisible home button beneath the display.

There's a new Clearview standing case to prop up the phone for watching videos.

The display has earned a Mobile HDR Premium certification from the UHD Alliance. The display supports HDR video content.

They're talking about the advantages of the screen - less scrolling, more space for videos, etc.

We made each individual component of the phone smaller to make room for the Infinity Display, the company says.

They're emphasising about the fact that smartphone displays haven't really changed much over the years.

But first, a brief recap about the evolution of the smartphone.

Samsung is now talking about the smartphones.

This is a departure from last year when they called the phones S7 and S7 Edge. S8+ sounds a bit like Apple's naming scheme for the iPhone 7 Plus, doesn't it?

Samsung is launching two new smartphones at this event - Galaxy S8 and S8+.

Unbox your phone seems to be the marketing tagline for this smartphone.

Koh's gone off stage and a promotional video for the phone begins.

This is the part of the event where there's a lot of marketing talk. We'll soon be hearing more about the phone itself.

Koh is now bigging up Samsung's partnership with Google, which is a departure from some of the company's events in previous years.

He just named the company's voice assistant tech, which is named Bixby.

Koh says Samsung's commitment is to quality, safety, and craftsmanship. This is presumably the company's way to reassure people that the Note 7 fiasco was an exception.

What seems exceptional today, will become essential tomorrow, he says.

DJ Koh is now recounting the history of mobile phones, highlighting how the smartphone industry has been pushing boundaries constantly.

The video's over now and Samsung's President of Mobile Communications business DJ Koh is on stage.

One generation's impossible is the next one's normal, says the on-screen text in the video.

This video shows a bunch of people using the phone, while The Beatles' song Across the Universe plays in the background.

Samsung's Galaxy unpacked 2017 event has begun with a video about the phone.

The event is about to begin soon.

The event begins at 8.30 pm IST, so stay tuned for live updates.

Galaxy S8 is Samsung's flagship smartphone and this is a big launch for the company especially because the Note 7 was recalled globally.

Hello and welcome to Gadgets 360's live blog of the Samsung Galaxy S8 launch, which will begin soon in New York.

Samsung Galaxy S8 and Galaxy S8+ have finally been launched, ending months of wait for the fans and the industry in general. While the key Galaxy S8 specifications have been made official, details such as price were not announced at the event.

As for specifications, the all-new Galaxy S8 and Galaxy S8+ smartphones feature 5.8-inch and 6.2-inch bezel-less 'Infinity Display'; the two smartphones have curved screen design, Gorilla Glass 5, 2960x1440 pixel resolution, and 18.5:9 aspect ratio. With the pressure-sensitive panel, the Home button is now placed under the Infinity Display and can be accessed by long-pressing.

Both Samsung Galaxy S8 and Galaxy S8+ have 4GB of RAM, Android 7.0 Nougat operating system, 12-megapixel dual-pixel rear camera, 8-megapixel front camera, and IP68 certification for water- and dust-resistance. The bigger model will reportedly have a 3500mAh battery, while its smaller sibling will be powered by a 3000mAh battery. Under the hood is the Snapdragon 835 octa-core chipset made on the 10nm process, and storage can be expanded up to 256GB via microSD cards. Samsung Galaxy S8 and Galaxy S8+ are the first phones with Bluetooth 5.0 and Gigabit LTE speeds.

Of course, Samsung has long been building hype around its next flagship smartphones as well, promising a sleek design and improved camera, and confirming the Bixby AI-based virtual assistant ahead of the Galaxy S8 launch event.

At the event, Samsung also launched Galaxy S8 accessories, such as DeX mobile-to-PC dock, and the new Gear 360 spherical camera. The company announced that the new Samsung Galaxy S8 and Galaxy S8+ will come with free Gear VR headset with Touch Controller (worth $129 or roughly Rs. 8,300), and Harman AKG earbuds (priced at $99 or approximately Rs. 6,400).

Stay with us for our Samsung Galaxy S8 launch live blog to get every update about Samsung's next flagship smartphones.