Samsung Galaxy S8, Galaxy S8+ Will Ship With AKG Earbuds Worth $99 in the Box 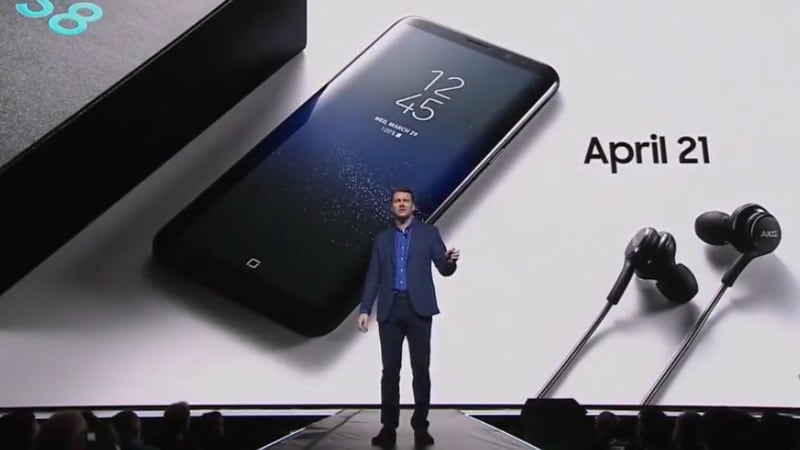 Samsung seems to be willing to make full use of its acquisition of audio company Harman as the South Korean company will be packing Harman AKG earbuds worth $99 (roughly Rs. 6,400) inside-the-box with the newly unveiled Galaxy S8 and Galaxy S8+ smartphones. Notably, the company introduced Galaxy Tab S3 with tuning from Harman-owned AKG just last month.

"New high-performance earphones tuned by AKG by Harman, offering uncompromised audio for unbeatable sound quality, will come as an in-box accessory. These earphones will have a comfortable hybrid canal fit for better noise cancellation and will be made from anti-tangle metal-fabric material," the company said in its release on Thursday.

Considering that Samsung has decided to stick with the 3.5mm audio jack unlike Apple, it makes perfect sense for the company to provide capable earphones that can make full use of the feature and distinguish its flagship from that of Cupertino-based company. Last month, Samsung said in its press release that it will be packing the Harman AKG earbuds with select future Galaxy smartphones going ahead.

As the earbuds are worth $99 if bought separately, they are likely to sound better than the standard set of earphones that are usually tagged with smartphones but we will reserve our opinion till we actually get our hands on the device and review the smartphone.