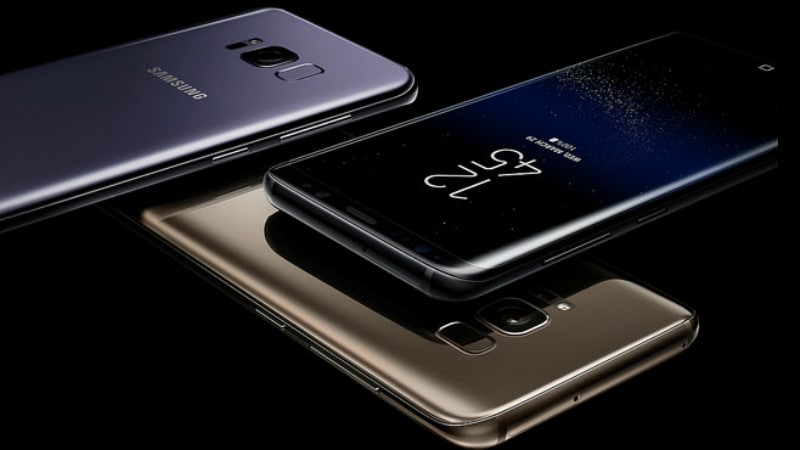 Samsung Galaxy S8 and Galaxy S8+ were launched on Wednesday, and they come with iris recognition, face recognition, Bixby assistant, and much more. However, inside the specifications sheet, and something that Samsung should have boasted about on stage, was the fact that both the smartphones come with the latest Bluetooth 5.0 connectivity. This makes the duo the first smartphones to launch in the market with the newest Bluetooth version that brings along a lot of advantages over the others.

Bluetooth 5.0 was announced last December and the Bluetooth SIG touts it to bring 2x faster speeds and 4x better range than the previous version. Bluetooth 5 has increased bandwidth of up to 2Mbps and up to 8 times better broadcasting message capacity. Another interesting thing to note is the two times faster bandwidth and four times better range is applicable when working in low-energy mode too, which is the case with most accessory devices. This essentially means that you’ll be able to remain connected to your Galaxy S8 even if you are up to 800 feet away. Also, Bluetooth 5.0 brings the ability to push audio to two wireless devices at the same time, something that wasn’t possible before.

Also, Samsung’s new phones are apparently the first to hit Gigabit LTE speeds. T-Mobile has shared a video that shows the Galaxy S8 hitting really fast speeds. This is largely possible due to the Snapdragon 835 chip that houses the latest Qualcomm X16 LTE modem capable of hitting gigabit speeds. Samsung had also announced earlier that the Exynos 8895 is also capable of hitting gigabit speeds. Of course, T-Mobile’s test is done under ideal conditions and it’s unlikely that such speeds can be achieved in real life scenarios.

Both the Samsung Galaxy S8 and Galaxy S8+ will come powered by Qualcomm's latest Snapdragon 835 SoC (2.3GHz Quad + 1.7GHz Quad) in the US, while most international markets (including India) will get the Exynos 8895 SoC (2.35GHz Quad + 1.9GHz Quad). Both the handsets pack 4GB of RAM and come with 64GB inbuilt storage while also supporting expandable storage via microSD card (up to 256GB).Both the smartphones will support wireless charging as well as fast charging. The Galaxy S8 and Galaxy S8+ pack 3000mAh and 3500mAh battery respectively.

Eight Android and iOS Games to Play With Your Friends at the Next Party
8.7 Lakh Telecom Subscriber Forms Non-Compliant With Norms: Sinha