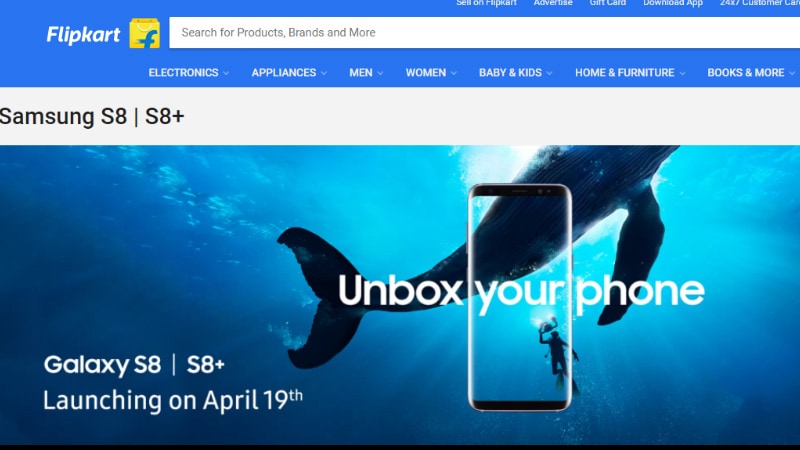 Samsung is set to launch the Galaxy S8 and Galaxy S8+ in India on Wednesday. Ahead of the launch, Flipkart has unveiled a separate Samsung Galaxy S8, Galaxy S8+ store confirming its upcoming availability on the e-commerce site.

However, it is nowhere mentioned that the phones will be Flipkart exclusive, so it's likely that other e-commerce players like Amazon India may also sell the devices, apart from offline stores across India. Samsung will reveal all on Wednesday, and Gadgets 360 will be on the ground to give you all the details.

The Galaxy S8 and Galaxy S8+ will be available in Midnight Black, Coral Blue and Maple Gold colours in India. The pricing details will also be unveiled at the event. Both the smartphones have similar specifications except for display and battery size. Also, the Exynos 8895 variant is expected to arrive to India, and not the Snapdragon 835 variant.

We also discussed whether the Galaxy S8's pricing gives it an edge over iPhone 7 and Google Pixel in India on our podcast, so be sure to check that out as well in this week's episode of Orbital, our technology podcast. You can subscribe to it via iTunes or RSS, or just hit the play button below.