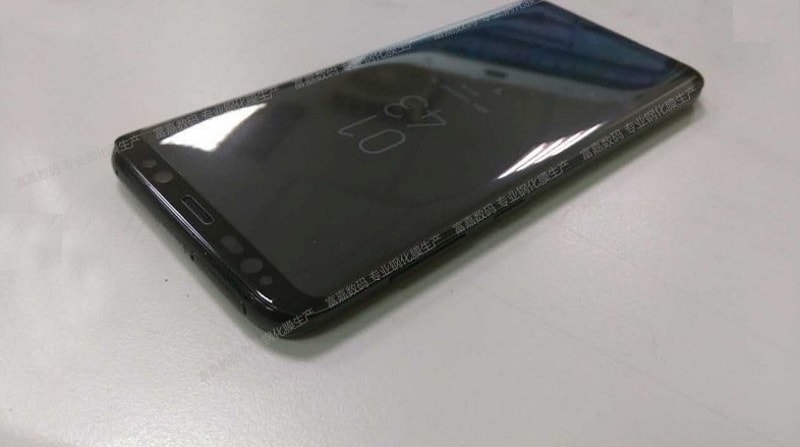 An analyst has claimed that the upcoming Samsung Galaxy S8 will lack sufficient "attractive selling points" in a new investor note. Ming-Chi Kuo of KGI Securities, who has an impressive track record for Apple leaks, has come out with new predictions that claim some of the details of the upcoming Galaxy S8 series. Additionally, more details around Samsung's yet-to-be-announced Galaxy S8 have surfaced on the Internet.

Kuo's latest note focuses largely on Samsung, and has also projected the initial shipments for the Galaxy S8. In a note, Kuo writes that Galaxy S8 shipments will be slower than that of the Galaxy S7 from last year. "We project Galaxy S8 shipments of 40-45mn units in 2017F, implying slower momentum compared to Galaxy S7 in 2016 (around 52mn units shipped)," the note said. Kuo adds that the Galaxy S8 lacks sufficiently attractive selling points (except full-screen design) and that the OLED iPhone could well be a bigger draw for consumers.

Separately, Kuo has claimed some details around the design of the Galaxy S8 including full-screen display with no physical home button, which corroborates previous leaks. Further, Kuo adds that all models of the Galaxy S8 series will come equipped with 3D-curved cover glass, and will include six cutouts at the top front consist of a proximity sensor, ambient light sensor (ALS), IR-LED transmitter, and receiver for iris-scanner recognition, front camera, and receiver.

Kuo's note further said, "We are conservative on demand for Galaxy S8, and believe its contribution to the supply chain will be limited. Instead we recommend focusing on the sales outlook and supply chain momentum of Apple's (US) OLED iPhone model." Kuo has also poked fun at lack of dual-camera setup at the back. The note claims 8-megapixel front camera alongside 12-megapixel rear camera. Kuo points out that the phone features "immature dual-camera ISP design." The note was first reported by 9to5Google.

Kuo adds that the Samsung Galaxy S8 and Galaxy S8+ will be made available in Gold, Silver, Bright Black, Matte Black, Blue, Orchid, and Pink colour variants, and also claims that the back of the smartphone will have four independent modules - camera, fingerprint sensor, camera flash, and heart rate sensor. A PC mode, heretofore rumoured as DeX, will also make its way to the handset. It will use USB Type-C connectivity to create a mini computer interface when connected to a monitor.

Finally, Kuo says the company will ship the Galaxy S8 and Galaxy S8+ in a 6:4 ratio, with 40 to 45 million shipments expected in 2017. He also says the smartphone will go on sale on April 21 itself.

In a separate leak, the Galaxy S8 launcher and app icons have surfaced on the Internet. Sammobile spotted the new alleged icons first, and is claimed to be part of the latest version of Samsung's Smart Switch app. The UI and app icons look neat, and polished.

A new report has claimed that Samsung's Galaxy S8 has been certified by Chinese product quality testing agency CCC. The Galaxy S8 got the CCC approval and is likely to come with the model number SM-G9500 as the Chinese variant.