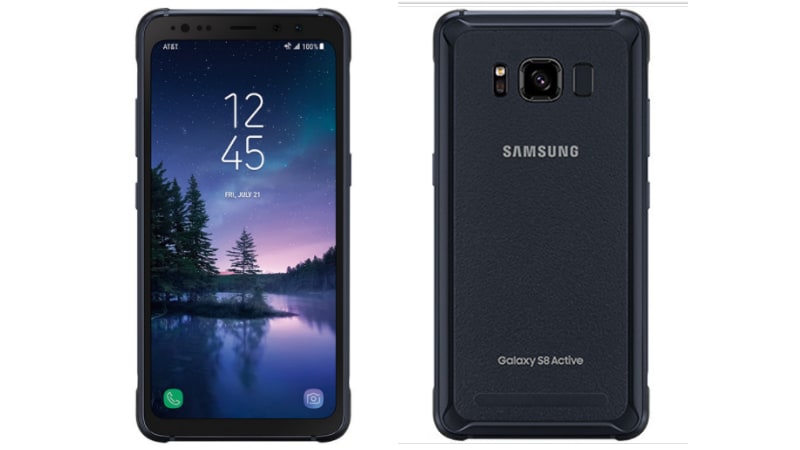 After many leaks, the Samsung Galaxy S8 Active has been launched. The smartphone has been listed as an AT&T exclusive for now, and is available for pre-order on AT&T Next for $28.34 (roughly Rs. 1,800) for 30 months to carrier subscribers only, with an unlocked price of $849.99 (roughly Rs. 54,100). The big highlight of the Samsung Galaxy S8 Active - just like all the Active variants - is its durability and ruggedness, making it tougher in extreme environments, apart from its amped-up battery life. It's shockproof housing however, takes away from the brilliance of the Infinity Display.

The Samsung Galaxy S8 Active is up for pre-orders on AT&T for now, but will be available in stores from August 11. Therefore, AT&T enjoys exclusivity only for a few days. The carrier provider has also launched a few offers alongside to lure customers. For example, a buyer gets the option to get $500 (roughly Rs. 31,800) towards a Samsung TV purchased online when you purchase the Galaxy S8 Active on AT&T Next and add DIRECTV as well. Alongside the purchase of the Galaxy S8 Active, you can buy a Samsung Gear S2 for $0.99 or the Gear S3 for $49.99 (roughly Rs 3,100) on a 2-year agreement on AT&T Next. Lastly, the purchase can get you up to $200 (roughly Rs 12,700) in credits if you trade in an eligible smartphone in exchange.

The smartphone will be available in Meteor Grey and Titanium Gold colour variants, and the biggest highlight is its military grade shielding. The Samsung Galaxy S8 Active has a shatterproof display (a drop from up to 5 feet onto a flat surface), is dust and water-resistant, and has a metal frame and bumper to protect against shock, abrasion, tilting or twisting. The back cover also has a rugged, tough texture for a secure grip. The smartphone is rated to survive immersion in up to 5 feet of water for up to 30 minutes. This device has passed military specification (MIL-STD-810G) testing against a subset of 21 specific environmental conditions, including extreme temperature, dust, shock/vibration, and low pressure/high altitude.

Almost all the specifications are the same as the Galaxy S8, except for a few tweaks. The battery pack goes up to 4000mAh, and it is rated to offer 32 hours of talk time, 5 days on standby time, and 113 hours of audio playback time on speaker. The Samsung Galaxy S8 Active runs on Android 7.0 Nougat, has a single Nano-SIM support, features a 5.8-inch QHD+(1440x2560 pixels) Super AMOLED display, and is powered by the Snapdragon 835 SoC with 4GB of RAM. It is offered with 64GB of inbuilt storage with the option to expand further via a microSD slot (up to 256GB). Optics include a 12-megapixel rear camera with autofocus, optical image stabilisation (OIS), 8x digital zoom, and LED flash. At the front, there is a 8-megapixel sensor with autofocus. Samsung Galaxy S8 Active's dimensions are 151.8x74.93x9.9mm, and it weighs 208 grams.