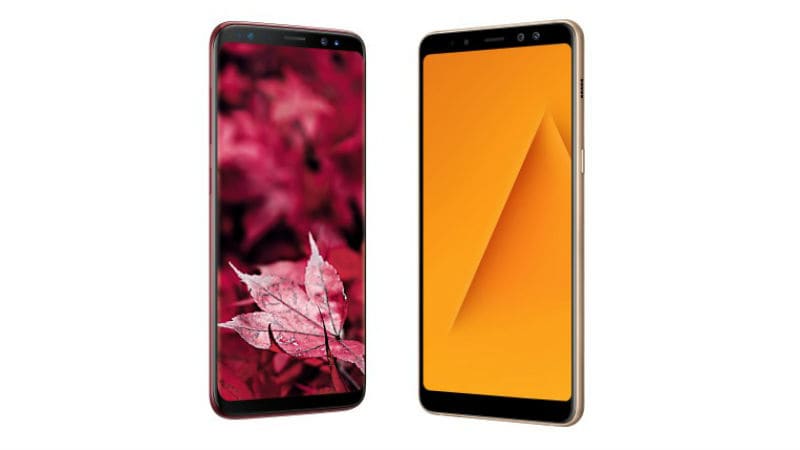 OnePlus 6 has already been launched as the company's big flagship of 2018 and the manufacturer is promoting it with the tagline 'The Speed You Need'. Interestingly, Samsung has announced a cashback on two of its smartphones, an offer that appears to take on the OnePlus 6. The South Korean giant is offering up to Rs. 8,000 cashback on the Samsung Galaxy S8 and Galaxy A8+, and the announcement comes with the tagline 'More Than Just Speed'. The key features in both the smartphones include Super AMOLED display, IP68 water resistance, Samsung Pay, and Bixby assistant.

In a tweet on Thursday, the same day OnePlus 6 was unveiled in India, Samsung Mobile India tweeted details of the offer on Samsung Galaxy S8 and Galaxy A8+. The caption also contains the words 'Why settle for just speed when you can get much more than just speed'. Under the offer, the Galaxy S8 buyers will get a cashback of Rs. 8,000 and Galaxy A8+ buyers can avail a Rs. 5,000 cashback.

To recall some of the specifications, the Galaxy S8 is powered by the Samsung Exynos 8895 SoC and it had started receiving the Android 8.0 Oreo update earlier this year. The Galaxy S8 sports a 5.8-inch QHD+ (1440x2960 pixels) Infinity Display, which is a dual-edge curved display with an 18.5:9 aspect ratio, complete with Corning Gorilla Glass 5 protection. The smartphone comes with 4GB of RAM.

The Galaxy S8 features a 12-megapixel 'Dual Pixel' rear cameras with optical image stabilisation and a f/1.7 aperture. On the front, the smartphone bears an 8-megapixel front camera with autofocus, and also bear an f/1.7 aperture. It comes with 64GB of inbuilt storage, expandable via microSD card (up to 256GB) in a hybrid dual-SIM configuration. The handset is fuelled by a 3000mAh battery, and supports wireless charging and fast charging.

The dual front camera setup on the Samsung Galaxy A8+ (2018) includes a 16-megapixel sensor and an 8-megapixel f/1.9 sensor. It also sports a 16-megapixel rear camera sensor on the back. It sports 64GB of inbuilt storage, expandable via microSD card (up to 256GB). It is powered by a 3500mAh battery.