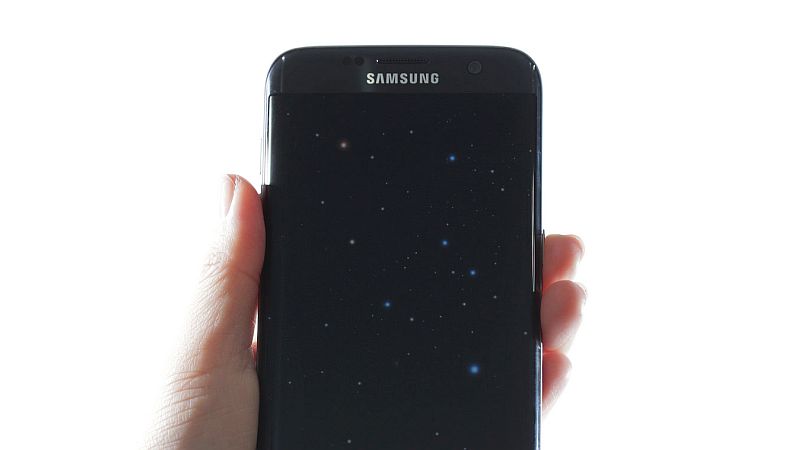 With the Galaxy Note 7 production suspended, Samsung's biggest hope of surviving in the premium smartphone segment is its flagship Galaxy S7 series. Now, several Samsung Galaxy S7 and Galaxy S7 Edge users are reporting that they are receiving a software update that adds Galaxy Note 7-note like features to their smartphone, specifically adding new functionality to the always-on display feature, among other features.

XDA Developer forum member first posted details of the update and wrote in a post, "Everything now is like Galaxy Note 7 AOD (always-on display) except the AOD notes feature and third party including the stock email app notifications is strangely not working!!" The firmware update for the Samsung Galaxy S7 and S7 Edge is also said to add the new Clock to the always-on display.

The new Always-On Display version 1.4.02 will set Clock, Calendar, and Image setting as default digital clock, and a new Calendar app replaces the old version. The Galaxy S7 and Galaxy S7 Edge users will be able to add their signature to Always-On Display. After the update, the Always-On Display will also show information about the music being played on the device.

The XDA Developer forum member however points that the new features aren't fully functional on the Galaxy S7 and S7 Edge. Some of the issues reported include the fact that the selected layout wouldn't apply to the S View Cover, and the display won't show the count for messages/ calls received.

Release notes posted by a XDA Developer user shows that the Samsung is highlighting the fact that the new features will consume less than 1 percent of whole battery amount per hour.

The Samsung Galaxy Note 7 has no doubt become one of the biggest debacles in the company's history, and if a new survey is to be believed, the fire incidents have made a major dent in Samsung's brand image. According to a recent survey conducted in the US, 40 percent of existing Samsung smartphone users "won't buy another phone from the brand."