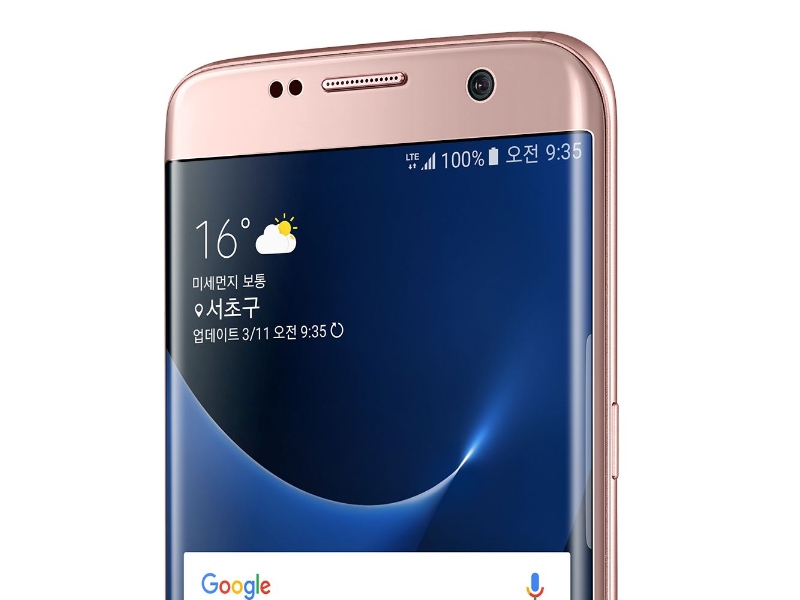 Samsung in a blog post says the Pink Gold colour variants of the Galaxy S7 handsets will debut in its home turf South Korea on Wednesday, and will soon be reaching other markets as well. "Pink Gold was chosen as it, like the other colours available for the Galaxy S7 and S7 edge, is a natural colour that provides a sense of comfort. These hues glitter and shimmer as if illuminated from inside their glass surfaces," says the firm.

The Samsung Galaxy S7 and the Galaxy S7 Edge launched in India last month priced in India at Rs. 48,900 and Rs. 56,900 respectively for the 32GB versions. The smartphones in India come with Samsung's octa-core Exynos 8890 SoC instead of the quad-core Qualcomm Snapdragon 820 chipset seen in the global variant.

As for the specifications, the Samsung Galaxy S7 features a 5.1-inch QHD Super Amoled display, while the Galaxy S7 Edge packs a 5.5-inch QHD Super Amoled display. The always-on display lets users check notifications, time, and date without having to wake up the device. Both phones come with 4GB of RAM, a 12-megapixel 'Dual Pixel' rear camera with an f/1.7 aperture and smart OIS feature, as well as a 5-megapixel front camera with f/1.7 aperture.

Both run Android 6.0 Marshmallow, and have IP68 rating for dust and water resistance. The Galaxy S7 packs a 3000mAh battery while the Galaxy S7 Edge includes a 3600mAh battery.