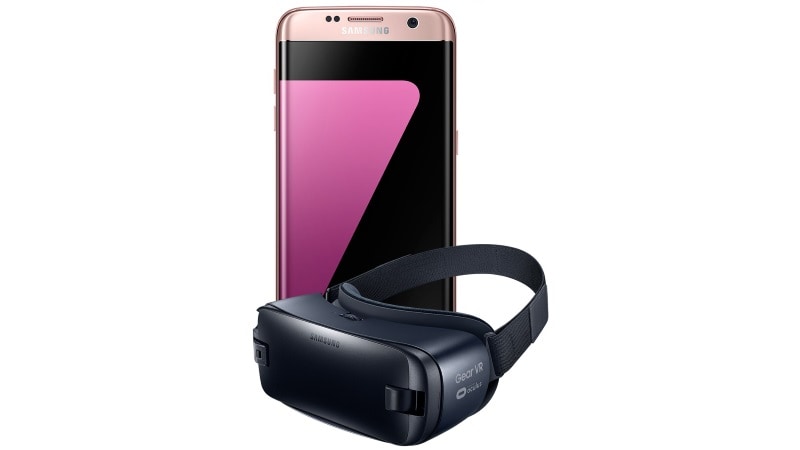 Samsung launched the Pink Gold variant of its smartphone Galaxy S7 Edge in April earlier this year. Prior to this launch, the phone was already available in colour variants Black Onyx, Gold Platinum, White Pearl (not in India), and Silver Titanium. Now, the South Korean company has finally brought this colour variant to India. The pricing of the phone has been kept unchanged at Rs. 50,900.

When the colour variant was first launched, the company said, "Pink Gold was chosen as it, like the other colours available for the Galaxy S7 and S7 edge, is a natural colour that provides a sense of comfort. These hues glitter and shimmer as if illuminated from inside their glass surfaces," in its blog post.

In terms of specifications, the Samsung Galaxy S7 Edge features a 5.5-inch Super Amoled display with QHD (1440x2560 pixels) resolution. The phone is powered by an octa-core Exynos 8890 SoC coupled with 4GB of RAM.

The always-on display on the Galaxy S7 Edge allows users to check notifications, time, and date without waking up the device. The phone features a 12-megapixel 'Dual Pixel' rear camera with an f/1.7 aperture and smart OIS feature, as well as a 5-megapixel front camera with f/1.7 aperture.

The phone has an IP68 rating for dust and water resistance. The Galaxy S7 Edge houses a 3600mAh battery. The phone comes with a hybrid dual-SIM card slot, which allows users to either expand the storage via microSD card (up to 200GB) or use it as a second SIM slot.