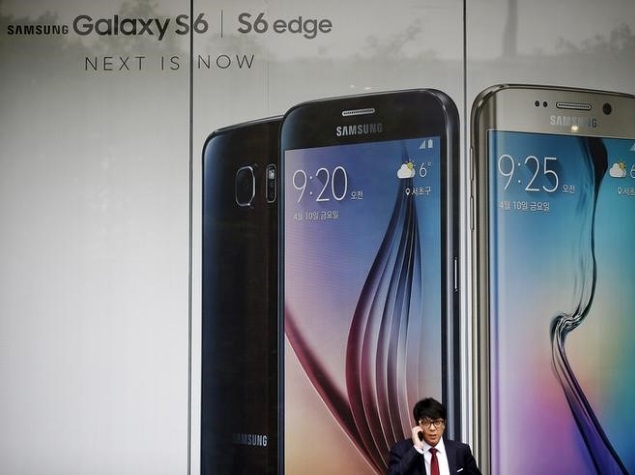 Samsung reported its quarterly earnings on Thursday, posting a fifth straight drop in profits. But the bigger story perhaps was the fact that the company reported disappointing smartphone sales, including that of its flagship smartphones, the Samsung Galaxy S6 and Samsung Galaxy S6 Edge. The company added that its bottom line suffered in part due to marketing expenses related to the new launches.

"Despite the launch of Galaxy S6, improvement to earnings was quite marginal due to low smartphone shipments and an increase in marketing expenses for new product launches," Samsung said in a company statement. The company later added that it will be 'adjusting' the price of its flagship smartphones to help shore up sales.

"The Mobile Business plans to firmly maintain its sale of premium smartphones by flexibly adjusting the price of the Galaxy S6 (Review | Pictures) and Galaxy S6 Edge (Review | Pictures), and launching a new model with a larger screen," the statement added, in a not so subtle hint that price cuts for both phones are incoming. The "new model with a larger screen" being talked about could be the Galaxy Note 5 or the Galaxy S6 Edge Plus that are expected to launch next month.

While sales of the Samsung Galaxy S6 were disappointing, the company said it was unable to meet demand for the Galaxy S6 Edge due to supply issues.

"Although revenue increased, profits increased marginally QOQ, due to supply difficulties from higher than expected market demand for the Galaxy S6 Edge," the statement added.

Samsung added that the "supply issues concerning the Galaxy S6 Edge have been addressed."