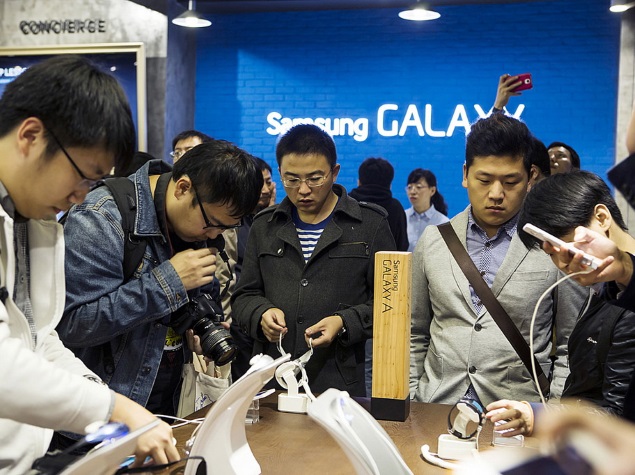 Samsung's Galaxy S6 flagship smartphone might also sport a protruding camera, much like the iPhone 6 and iPhone 6 Plus, if recent leaked schematics are to be believed. Additionally, a leaked image purportedly showing both the Samsung Galaxy S6 and Galaxy S Edge has surfaced.

The schematics (via GSMArena) also suggest that the Galaxy S6 will sport a protruding camera. Notably, this is the first time we have heard about the protruding feature of the primary camera on the Galaxy S6. It's worth mentioning that a lot of handset brands took digs on Apple last year for sticking out the camera on the iPhone 6 and iPhone 6 Plus. We will have to wait till March 1 to see whether Samsung has decided to go with a rear camera design on the Galaxy S6 similar to that of Apple's iPhone 6 and iPhone 6 Plus.

Other leaked schematics corroborate recent leaks and show the rear camera accompanied by the dual-LED flash placed on the right side on the handset, instead of being below the camera as seen on the Samsung Galaxy S5. Some other features seen in the schematics include a slew of sensors spotted above the display and the front camera.

In another leak, the Samsung Galaxy S6 and Galaxy S Edge have been spotted in a press render. Interestingly, the leaked image validates the schematics leak and again show the Galaxy S6 sporting a protruding rear camera. 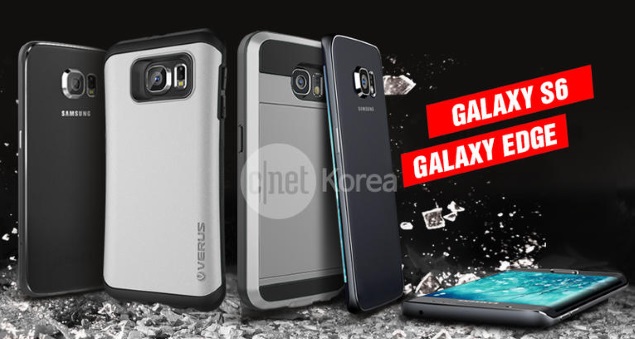 The images have been posted by CNET Korea, which claims the images were provided by sources, and show five handsets. The first handset seen in the leaked render only has its rear panel visible, while the second handset is covered by a Verus-branded case and shows the volume rocker controls of the handset. The third handset, thought to be the Galaxy S6, has its power button visible. The fourth and fifth handset in the leaked image purportedly shows the curved-display variant Galaxy S Edge, with the right side visible of the first and the left side visible of the second - both sides feature curved displays, which hints at a dual-curved display form factor unlike the single-curved display on the Galaxy Note Edge.