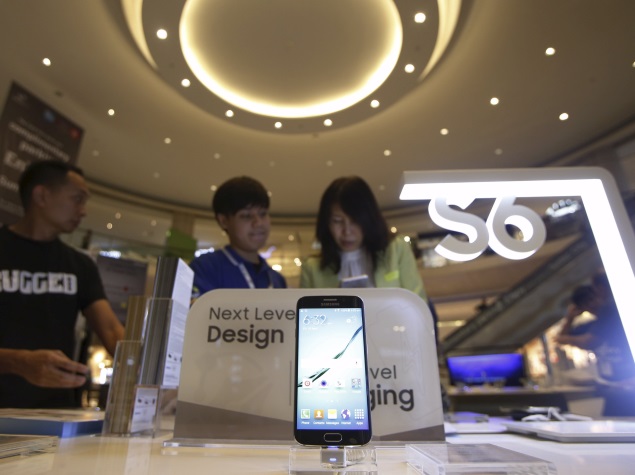 The company's overall earnings drop during the April-June quarter was 8 percent but it reported a much bigger decline of 38 percent in the mobile division's income. The sharp profit drop in the mobile business came despite its ambitious start to the quarter with the launch of two flagship smartphones: the Galaxy S6 (Review | Pictures) and Galaxy S6 edge (Review | Pictures) featuring a curved side display.

"Total sales of the S6 and S6 Edge during the second quarter were below expectations," Park Jinyoung, a vice president at Samsung's mobile communications team, said on a conference call Thursday.

The decline in the mobile profit was smaller than the previous quarter's nearly 60 percent plunge, but it extended the mobile division's losing streak. Samsung's sky-high growth in the smartphone industry came to a sudden stop in 2013 as bigger iPhone models lured buyers from Samsung phones and Chinese phone makers squeezed its sales in China.

The only bright spot came from sales of components powering smartphones. A robust performance at its semiconductor department helped narrow the overall profit decline. Operating income from its semiconductor division surpassed the KRW 3 trillion mark for the first time in several years.

Samsung pinned high hopes on the S6 and S6 edge phones when they were introduced in April. So much so that local media dubbed them the "Lee Jae-yong phone," indicating that they were overseen by the Samsung chairman's son, Lee Jae-yong. He is a vice chairman at Samsung who is widely expected to succeed his ailing father. 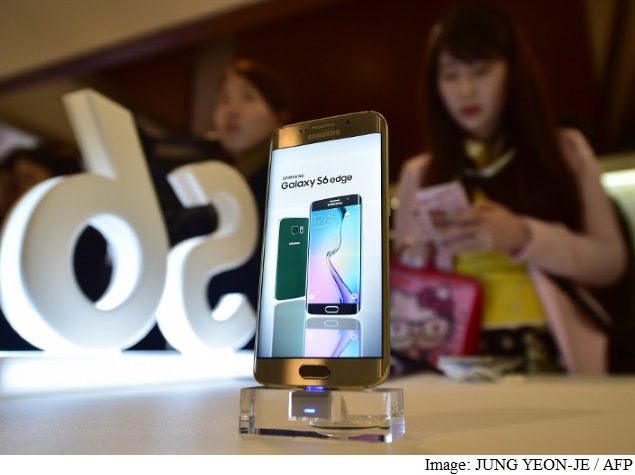 But sales of the flagship models fell short, dealing a blow to the 47-year-old heir apparent who is under pressure to demonstrate he is capable of leading the Asian consumer technology giant at a time of serious challenges.

The company was hit by two problems with its Galaxy S6 series. The regular version of the phone, the Galaxy S6, wasn't as popular as expected, while it could not keep up with demand for the S6 edge model, which features a display that curves on both sides that is more difficult to produce.

Market research firm IDC said Samsung, still the world's largest maker of smartphones, was the only top five smartphone vendor that lost market share during the second quarter, falling to 22 percent, from 25 percent a year earlier.

Samsung executives did not give many details about whether the company would tweak its mobile strategies. Their response during the earnings conference call was to "innovate the hardware to lead the market in the premium segment" and to "continue to add services."

The company is scheduled to hold an event on Aug. 13 in New York city, bringing forward its usual product launch schedule by one month. It is widely expected to announce two new mobile devices. Samsung has held the new product launch in September in previous years.

Acer to Launch 4 Windows 10 Mobile Smartphones at IFA 2015: Report
Windows 10: Why Microsoft Is Giving It Away for Free