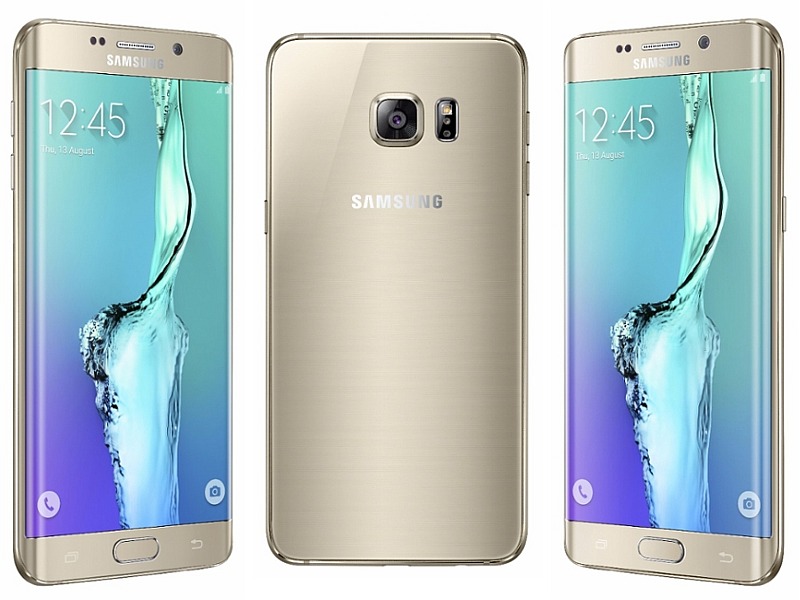 Samsung has launched the Galaxy S6 Edge+ in India. As expected, the company has not brought the Samsung Galaxy Note 5 to the country at the same event. The Galaxy S6 Edge+ has been priced at Rs. 57,900 for the 32GB variant, and Samsung says the 64GB variant will not be launched at this time. The smartphone will go on sale on August 28, while pre-orders open from Wednesday.

The Galaxy S6 Edge+ smartphone features a 16-megapixel rear camera with f/1.9 aperture and optical image stabilisation, apart from a 5-megapixel front-facing camera. The camera app can be opened with a double press on the home button, which also bears the fingerprint sensor. A Live Broadcast feature is also being touted.

The Galaxy S6 Edge+ comes with a 4G LTE Cat. 6 modem and support for India's 4G LTE bands. It features NFC and MST technology to power the Samsung Pay mobile payment service, but for now, no details of when the service will be launched in India has been revealed. Other connectivity options include Bluetooth 4.2, Wi-Fi 802.11 a/b/g/n/ac, GPS/ A-GPS, and Micro-USB 2.0.

The Samsung Galaxy Edge+ measures 154.4x75.8x6.9mm, and weighs 153 grams. It will be available in Gold Platinum and Silver Titanium colour variants. Samsung will also be providing 100GB of OneDrive cloud storage for free.

The dual-edge display of the Samsung Galaxy S6 Edge+ comes with a new UI feature called Apps Edge to take advantage of the curved display, over and above the People Edge feature seen in the Galaxy S6 Edge. It similarly allows users to pin commonly used apps to the side display, for quick access.

The company also announced a BlackBerry-like Keyboard Cover (Rs. 4,499) for the Samsung Galaxy S6 Edge+ smartphone, apart from wireless charging module (Rs. 3,599) and a 'Smart' Clear View Cover (Rs. 2,999). The company is also touting the presence of Samsung Knox Active Protection, and the My Knox app, on the Galaxy S6 Edge+.