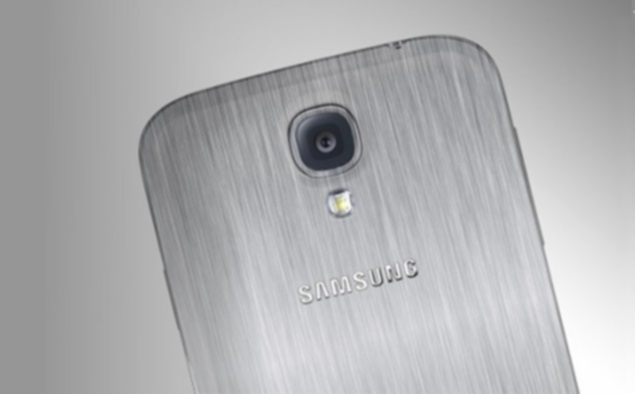 Samsung's next flagship device, rumoured to be dubbed Galaxy S5, might be the first smartphone from the South Korean giant to sport a metal chassis.

Notably, Catcher has been the company manufacturing aluminium unibody for devices like HTC One, Apple iPad mini 2, notes Phonearena.

In addition, the RB Men blog has posted a purported image of the Galaxy S5 with metal chassis. The alleged image reveals an unnamed Samsung device's rear panel which features metal back, instead of the plastic we have seen in other Galaxy smartphones.

Prior to this, a set of images allegedly showing a structural component of Samsung's next flagship smartphone, the rumoured Galaxy S5, was spotted online.

Earlier a report suggested the South Korean manufacturer plans to release two versions of the alleged Galaxy S5. As per the report, there would be two variants of the Galaxy S5: a premium variant sporting a metal chassis and a flexible OLED, and a variant which would come with the usual plastic body, as found on other Galaxy smartphones.

Rumoured specifications of the alleged Galaxy S5 include a 64-bit Exynos chipset or a Snapdragon chipset; 3GB of RAM, a 16-megapixel camera, a 4000mAh battery and Android 4.4 KitKat with TouchWiz UI on top.