Samsung Galaxy S5 to be waterproof and priced attractively: Reports 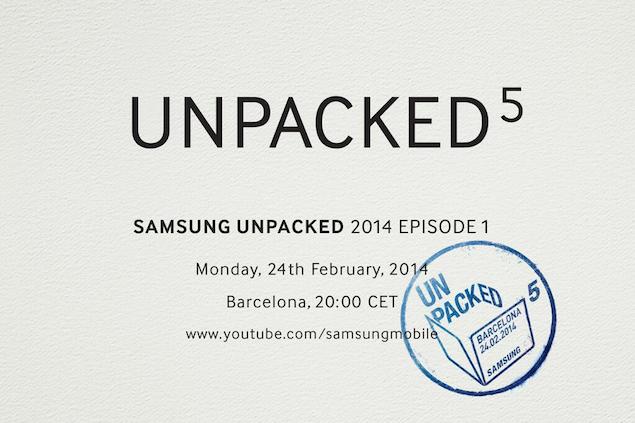 With just few days left in the launch of much-anticipated Samsung's next flagship smartphone, rumours about the Galaxy S5 are pouring in fast.

The new Galaxy S5 details come from Bloomberg, which cites a person familiar with the matter who claims that Samsung's upcoming S flagship smartphone will sport a larger and sharper 5.2-inch display than the 2013 flagship smartphone, Galaxy S4. Notably, this is in line with a recently leaked purported screenshot of the Galaxy S5 that tipped a Quad-HD display in the device. The leaked screenshot of the 'About' section of 'Quick System Info PRO' supposedly revealed that the Galaxy S5's display would feature a QHD (1440x2560 pixel) resolution along with a 560ppi pixel density, all packed in a 5.2-inch screen.

Further, the report suggests that the Samsung Galaxy S5 will come with a better battery and camera, though it does not reveal the specific details.

Notably, the report also cites a second person familiar with the matter, who claims Samsung might price the Galaxy S5 less than the previous Galaxy S flagships, as requested by a wireless carriers. , However, the source does not reveal the pricing of the yet-to-be-launched Galaxy S5.

In addition, a report emerging from Korea claims that the Galaxy S5 will be a dustproof and waterproof device. ZDNet Korea quoted a source saying, "Users can clean the phone with water while it can sustain short durations of dunking the phone in water". This is in line with the recent teaser for the Galaxy S5 on the German website of UK-headquartered mobile carrier, O2, which showed a smartphone making a splash in the water. The teaser had hinted the carrier would be among the first to bring the new Samsung flagship smartphone.

The Korean report also claims that the Galaxy S5 can be unlocked using a swipe over the home button. The reportinforms that Apple used a sapphire coating for its home button on the iPhone 5s, while Samsung plans to use a ultra-violet (UV) coating over its fingerprint scanner.

It is yet to be seen whether Samsung's long-rumoured Galaxy S5 will pack such features or would be on the same lines as previous Galaxy flagship smartphones.

We expect, based on previous reports, that the Samsung Galaxy S5 will be launched alongside a new tablet series, believed to be dubbed Galaxy Tab 4, and the long-rumoured Galaxy Gear successor, named Galaxy Gear 2 at the 24 February 2014 event in Barcelona, at the sidelines of the MWC 2014.