Samsung Galaxy S5 to be launched with octa-core variant 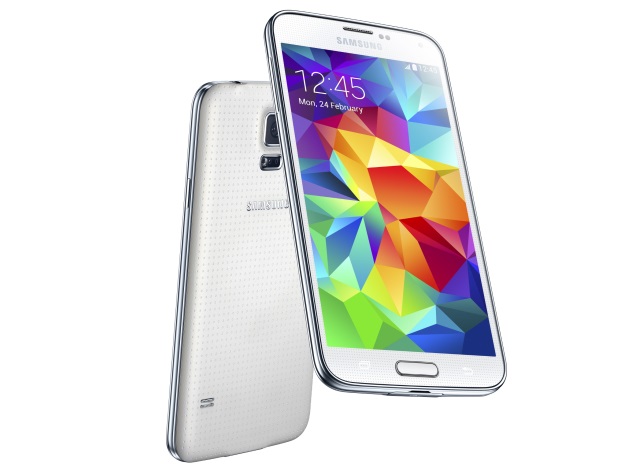 Samsung announced its latest flagship smartphone, the Galaxy S5, amidst much fanfare at MWC 2014 in Barcelona.

Within hours of the phone's launch, the official Samsung Tomorrow site posted an infographic that showed the evolution of specifications in the Galaxy S family. Notably, the infographic revealed that the Galaxy S5, much like its predecessor, will come in two chipset variants- one powered by a 2.5GHz Snapdragon 801 (MSM8974AC) processor, while the variant is backed by an octa-core chipset. Unfortunately, the infographic shared by the South Korean giant did not specify the chipset, though we can presume it is Exynos-branded.

Notably, Samsung has replaced the image that revealed two chipset models of the Galaxy S5, and is now showing only the 2.5GHz quad-core processor. 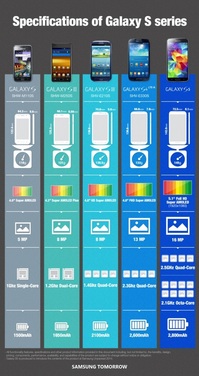 On Monday, the Korean manufacturer also announced that the Galaxy S5 would launch in 150 countries, starting from 11 April 2014.

The biggest new features being touted on the Galaxy S5 by Samsung include a fingerprint scanner on the home button, a heart rate sensor placed near the 16-megapixel camera, and the IP67 certification that makes it dust and water-resistant. The smartphone also features a new design in terms of the back panel now being perforated, and available with four colours at launch, and optional designer back panels.

The Samsung Galaxy S5 runs Android 4.4.2 KitKat out-of-the-box. It features a 5.1-inch Super AMOLED display with a 1080x1920 pixel full-HD resolution. It comes with 2GB of RAM and will be available in 16GB and 32GB inbuilt storage models, with microSD card expandability up to 64GB. The Galaxy S5 sports a 16-megapixel rear camera with HDR (for video as well), and a 2.1-megapixel front-facing camera.

Facebook shuts down @facebook.com email service
Google moves to defend right to use Glass while driving