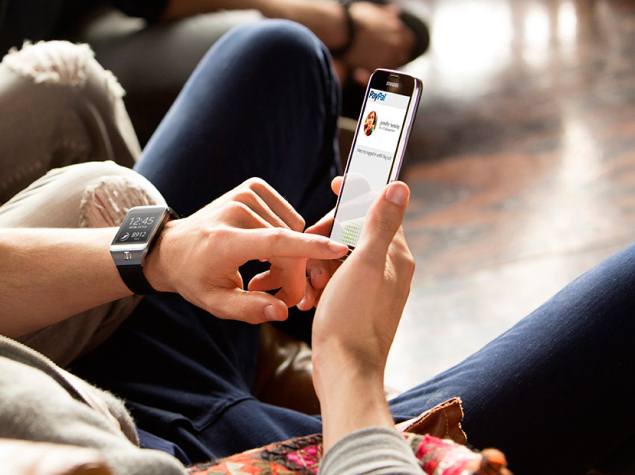 Notably, Samsung is offering free subscription to the Wall Street Journal for 6 months worth $160; 12-month subscriptions to Bloomberg Businessweek worth $30, and a total of 1.5TB of cloud storage from Box and Bitcasa.

Further, for health junkies, Samsung is offering premium membership to sports community, Endomondo, which in real-time tracks running and cycling via GPS tracking. Other freebies being offered include RunKeeper, MapMyFitness, Skimble, and Lark.

Samsung Galaxy S5 owners in US, on the other hand, will get deals and discount on apps such as Box, Bloomberg Businessweek, Evernote, and PayPal.

According to Samsung's website, Galaxy S5 owners in India will get a free 1-year membership to RunKeeper Elite, which is an app to track fitness activities; a 1-year free premium service of the personal wellness assistant Lark; 6-months Map My Fitness app access which tracks running, cycling, and other activities; free 50GB cloud storage for 6 months on Box, and up to 12-months of Evernote Premium, the note-taking app.

Other freebies being offered to Indian consumers include 6-months free premium service of Skimble; free subscription to the Wall Street Journal for 6 months; 12-month subscriptions to Bloomberg Businessweek; 1TB of cloud storage for 3 months on Bitcasa. On the apps front, the Galaxy S5 comes with Cut the Rope 2, Blurb and Flick Dat.

You can check the deals on offer by going to the Samsung Gifts app on your brand new smartphone.

Earlier on Friday, the Samsung Galaxy S5 officially went on sale in India and other countries. The Samsung Gear Fit fitness band and Gear 2, Gear 2 Neo smartwatches are also now available across the globe.

From Apple to HTC, the biggest tech companies still don't 'get' the Internet
Amazon claims over 200,000 apps on its Android Appstore