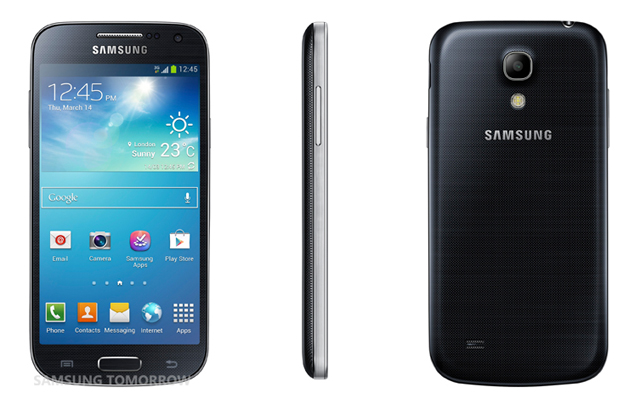 Samsung Galaxy S4 mini is powered by a 1.7GHz dual-core processor along with 1.5GB of RAM. It packs in 8GB of internal storage of which 5GB is user accessible. The internal storage can be further expanded by up to 64GB with the help of a microSD card.

The smartphone comes with 4.3-inch qHD Super AMOLED display. For camera, there is an 8-megapixel rear-facing camera and 1.9-megapixel HD front-facing camera. The camera of Samsung Galaxy S4 mini also supports additional features like Sound&Shot. Apart from this, the images clicked through the Samsung Galaxy S4 mini are automatically gathered and saved according to the user's timeline, geo-tagging information, or a specific event to create a photo album.

Samsung Galaxy S4 mini had leaked extensively over the past couple of months and there were speculations being made that this smartphone will be unveiled at the June 20 event being held in London along with other Galaxy and Ativ devices.

Samsung will be offering the Galaxy S4 mini smartphone in two colours options - White Frost and Black Mist. As per the company, the Samsung Galaxy S4 mini will support either 4G LTE, or 3G HSPA+ or 3G Dual-SIM. The connectivity option will vary across different regions.

Samsung had officially launched Galaxy S4 smartphone at a gala event on March 14, 2013. It has been recently introduced in India for Rs. 41, 500. The company recently announced that it has managed to ship over 10 million units of the smartphone.