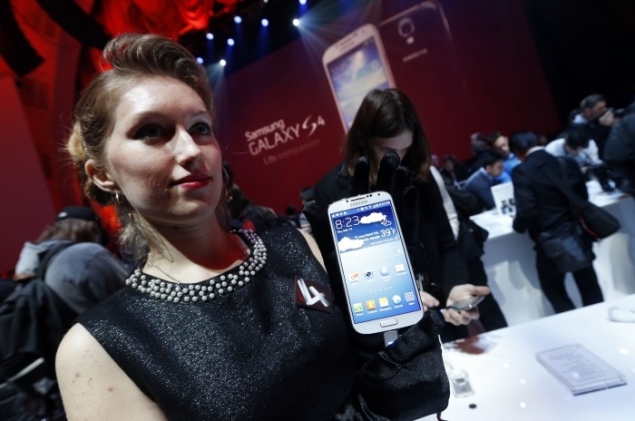 Samsung is all set to launch its Galaxy S4 smartphone in India on April 26. The Korean smartphone maker has already started sending out invites for the launch. It is noteworthy, that Samsung is expected to launch Galaxy S4 in some other countries on the same date.

NDTV Gadgets has learnt from its sources that the phone is likely to be priced at Rs. 43,490. Samsung is expected to take a leaf from HTC's book and market the phone carrying this as the 'best buy' price tag, though there's no confirmation of this yet. This will peg the Galaxy S4 at a slightly higher price tag than HTC One's Rs. 42,900, but given Samsung's wider dealer network, marketing clout and brand value in the country, that may not make much of a difference.

Samsung Galaxy S4 was unveiled in an unpacked event on March 14, 2013. The smartphone sports a 5-inch full-HD screen with a resolution of 1080x1920 pixels, and pixel density of 441ppi. It is powered by 1.6GHz Exynos octa-core processor in some regions, and a 1.9GHz Qualcomm Snapdragon quad-core processor in others. India is expected to get the octa-core version when the phone is unveiled this Friday.

The smartphone has 2GB of RAM is expected to come in 16GB, 32GB and 64GB variants. It also features a microSD card slot for expanding the memory. The Galaxy S4 sports a 13-megapixels rear shooter and a 2-megapixel one on the front. The Galaxy S4 also offers more camera features including dual-shot, employing the use of both front and back camera, an eraser shot mode to remove people from photos, and a Cinemagram like feature called Cinema Photo, among several other tricks.

Strangely, the phone does not come with FM radio. The company had recently explained this decision.

According to trade pundit, Samsung is likely to ship 10 million units of its flagship smartphone in the first month of its launch.