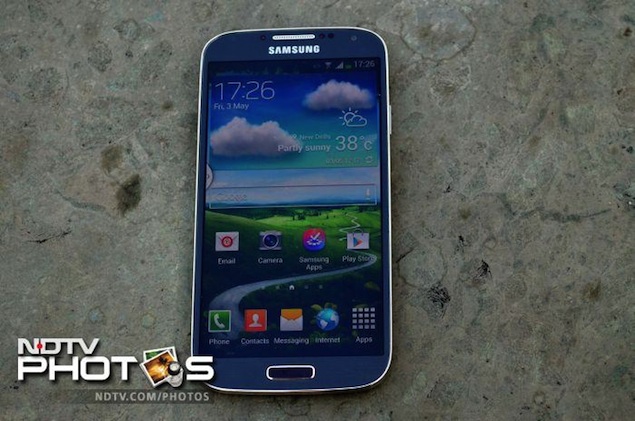 One of the most powerful Android smartphones to release this year, the Samsung Galaxy S4, might see a "Google Edition" variant that runs stock Android, if a new rumour is to be believed.

According to a report by Geek.com, a variant of the Galaxy S4 that runs stock Android based on an AOSP (Android Open Source Project) ROM, is being prepared for launch and will be revealed during the Google I/O event that's scheduled to start on Wednesday in San Francisco.

The website cites sources familiar with the matter to report that this Google Edition phone is a collaboration between Samsung and Google and targets users who prefer the stock version of Android over the version that adds Samsung's TouchWiz user interface layer. We're not sure if many are fans of Samsung's TouchWiz UI, that has been panned for employing big, glossy and cartoon-like icons and menus. So the phone might find favour among Android enthusiasts who'd like to have all the power that the Galaxy S4 carries under the hood along with the simplicity of stock Android.

But we wonder what will happen to Samsung's custom apps, motion and hand gestures, and camera features such as dual-shot, employing the use of both front and back camera, eraser shot mode to remove people from photos, and a Cinemagram like feature called Cinema Photo. The phone's apps also make use of its several hardware sensors including temperature and humidity sensors. It will be interesting to see if Samsung will deploy additional apps and software to offer the same functionality or totally get rid of it.

The report also informs that the Google Edition Galaxy S4 is expected to available starting June on US carrier T-Mobile's bands. However, it's not known if the phone will be sold by Samsung or by Google on the Play Store. The indicative pricing of the phone is also not known.

Samsung had unveiled the Galaxy S4 (Review | Pictures) on March 14. The phone sports a 5-inch full-HD screen with a resolution of 1080x1920 pixels, and pixel density of 441ppi. It is powered by 1.6GHz Exynos octa-core processor in some regions, and a 1.9GHz Qualcomm Snapdragon quad-core processor in others. It has 2GB of RAM and a PowerVR SGX544MP3 triple-core GPU.

The smartphone comes in 16GB, 32GB and 64GB variants but will also feature a microSD card slot for expanding the memory. The Galaxy S4 sports a 13-megapixels rear shooter and a 2-megapixel one on the front.

Previously, HTC had released a developer edition of the HTC One in limited quantities in the US. The phone which is available SIM and bootloader unlocked, is offered at a price of $649. However, that does not run stock version of Android.