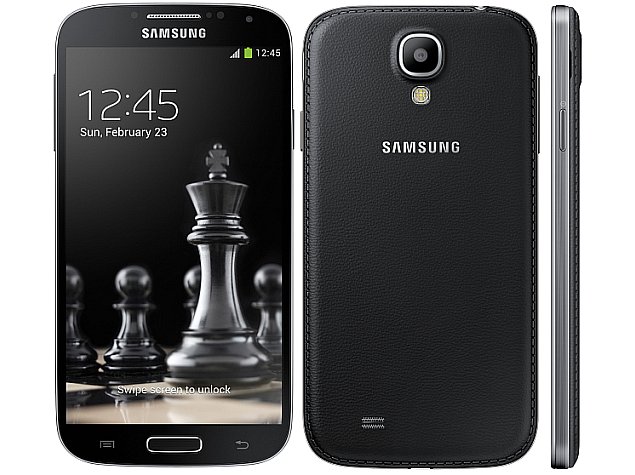 Samsung's current flagship smartphone, the Galaxy S4, and its compact version, the Galaxy S4 mini, will soon be available in a Black Edition, which also features black-coloured faux-leather back cover, as seen in Galaxy Note 3. The smartphones were previously only available in the dark-blue Black Mist and off-white White Frost variants.

The Samsung Galaxy S4 Black Edition, and Galaxy S4 mini Black Edition, were listed briefly on Samsung's Russia site, without availability and pricing details. The new variants for the smartphones are expected to be launched globally soon however, and have already been listed on a few online Russian retailers, with a February launch date, and pricing of 23,000 rubles (roughly Rs. 40,000) for the Galaxy S4, and 16,000 rubles (roughly Rs. 28,000) for S4 mini Black Edition.

The new faux-leather back panel for the smartphones is expected to reduce the amount of fingerprints and additionally increase the grip for the devices. However, there are no changes the hardware specifications of both the devices.

The leak comes from popular phone tipster, @evleaks, who has tweeted the two the names of the APK files, allegedly sourced from a Galaxy S5 device, without revealing the exact functionality of the files. However, the names are quite indicative.

Rumoured specifications of the Galaxy S5 include a 2K 5-inch or 5.2-inch Super AMOLED display, boasting of a resolution of 1440x2560 pixels (QHD), and a 2900mAh battery. Further, the alleged device is said to sport a 20-megapixel rear camera with 4K video record support, an Exynos 6 (believed to be the successor of the Exynos 5 octa-core chipsets) or Snapdragon 805 processors and Android 4.4 KitKat.