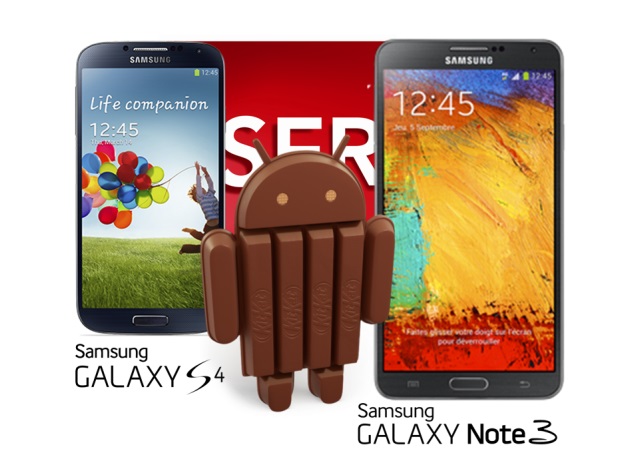 Samsung has been tight-lipped about the rollout of Android 4.4 KitKat for its premium smartphones, including its 2013 flagships, the Galaxy S4 and the Galaxy Note 3.

However, French carrier, SFR has claimed that the Galaxy S4 and Galaxy Note 3 will receive the Android 4.4 KitKat update by the end-of-January and in early-February respectively. The French carrier has also revealed that it will announce the exact dates for the update release soon.

The Android 4.4 KitKat iteration brings some new features such as the translucent menu bar, which is located at the bottom of the screen; new dialler and caller ID; unified Hangouts messaging app; smarter Google Now integration; step counter and detector, and support for screen recording. It's worth pointing out that Samsung uses its TouchWiz UI on top of the Android OS and it is still to be seen, what changes are introduced in the new company UI.

Samsung has still been pushing the Android 4.3 Jelly Bean update for its top of the line smartphones that include the 2012 flagship, Galaxy S III; and its 2013 flagships, Galaxy S4 and Galaxy Note II.