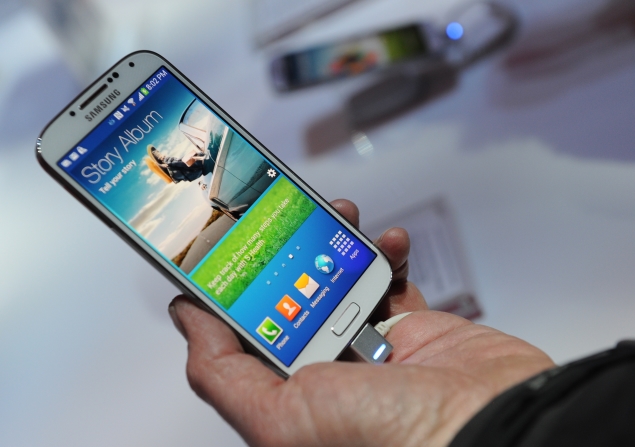 With the Samsung Galaxy S4 hitting retail shelves in a few days, it's already being predicted that the Korean giant will ship 10 million units of its flagship smartphone in the first month of its launch.

A new report by DigiTimes cites sources from the supply chain to predict that Samsung will ship 10 million units of the Galaxy S4 in the first month and 30 million units in the second quarter of 2013, as it expects increased demand for the new smartphone.

The report also mentions that since Samsung makes components such as processors, panels, image sensors, and memory in-house, it will be able to tackle increased demand and not face shipment delays.

Samsung had unveiled the Galaxy S4 smartphone on March 14. The phone sports a 5-inch full-HD screen with a resolution of 1080x1920 pixels, and pixel density of 441ppi. It is powered by 1.6GHz Exynos octa-core processor in some regions, and a 1.9GHz Qualcomm Snapdragon quad-core processor in others. It has 2GB of RAM and a PowerVR SGX544MP3 triple-core GPU.